Make a Standard deck to compete with the best! Stakes are high, the competition intense. More wins means more rewards. Can you make it to 12 wins, or will 3 losses end your run? 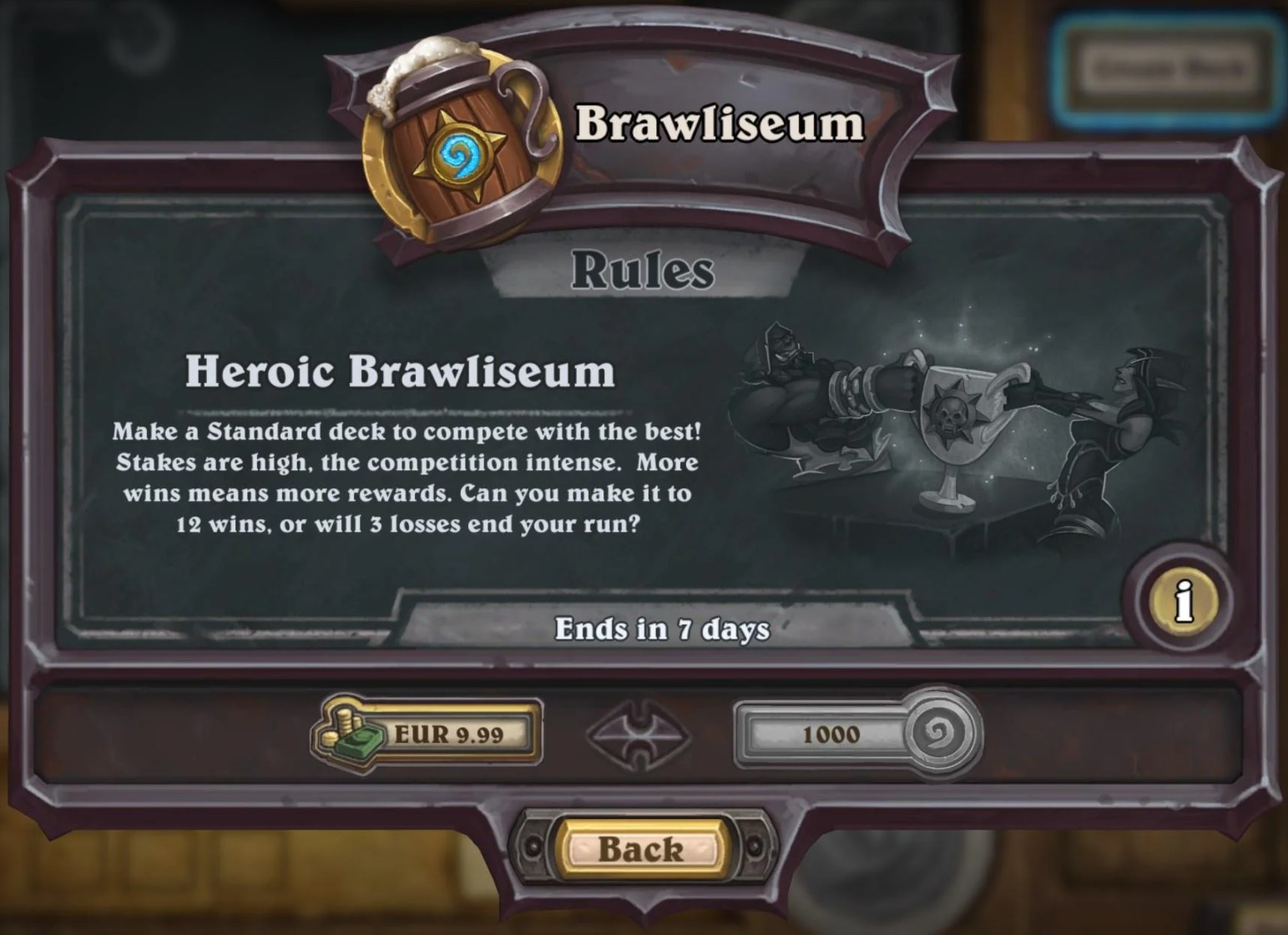 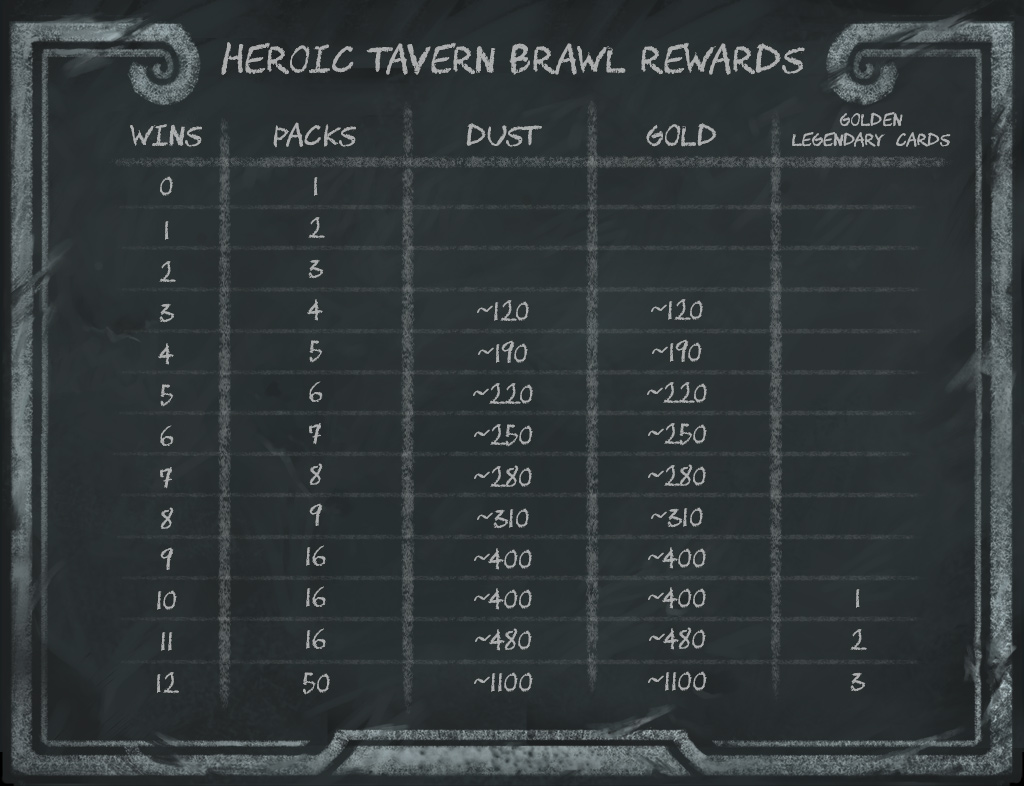 So, is Heroic Brawliseum worth spending 1000 Gold? There’s really no right or wrong answer. Realistically, you need 5 wins to break even (with a small extra reward). An average score is 3-3 – so an okay player won’t even get their gold back, let alone win something more. Statistically, ~3/4 of players will finish between 0 and 4 wins. But if you can consistently get to at least 5 wins OR get to 12 at least once (one 12 wins is worth over 10 entries assuming you disenchant the Golden Legendaries), then it’s a really good deal. One issue, however, is that you get packs from current expansion, while most players already own a big portion of it and would rather save for the next set.

As for the real money entry – well, if you have a lot of spare money and that’s how you want to spend it, then no one will stop you. But similarly, I recommend trying only if you’re an above average player.

We’ve rounded up many 12 wins Heroic Brawliseum decks in this post, so be sure to check it out!