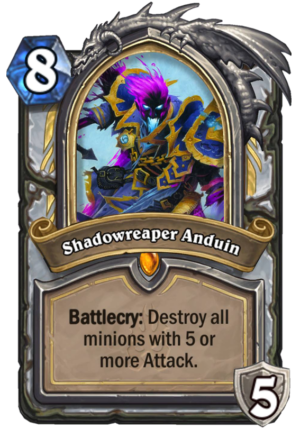 Shadowreaper Anduin is a 8 Mana Cost Legendary Priest Hero card from the Knights of the Frozen Throne set!

Battlecry: Destroy all minions with 5 or more attack.

"I will tell you what Velen never taught me. Whosoever stands before the Light… inevitably casts a shadow."
Tweet

Hero Power: Voidform – Deal 2 damage. After you play a card, refresh this. 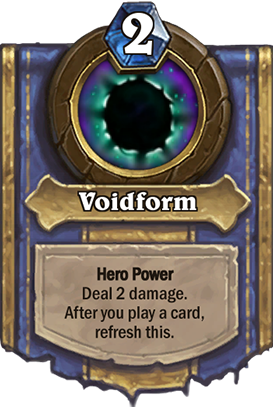