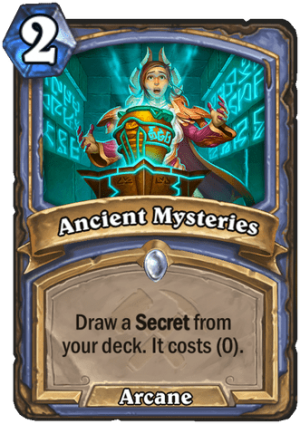 Ancient Mysteries is a 2 Mana Cost Common Mage Spell card from the Saviors of Uldum set!

I'm not saying it was aliens, but it was TOTALLY aliens!
Tweet