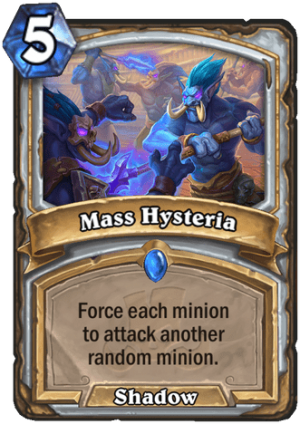 Force each minion to attack another random minion.