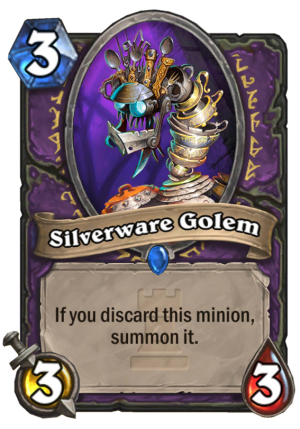 Silverware Golem is a 3 Mana Cost Rare Warlock Minion card from the One Night in Karazhan set!

If you discard this minion, summon it.

From the secret research labs of the Swiss Army.
Tweet