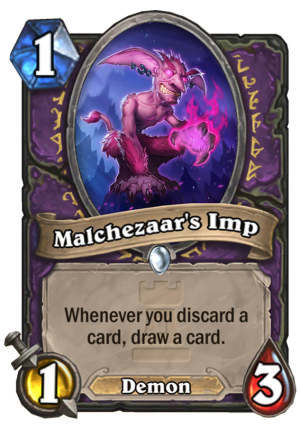 Malchezaar’s Imp is a 1 Mana Cost Common Warlock Minion Demon card from the One Night in Karazhan set!

Whenever you discard a card, draw a card.

Malchezaar used to have an imp named Dobby working for him, but there was a tragic accident.
Tweet