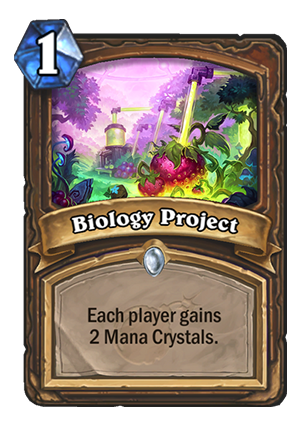 Biology Project is a 1 Mana Cost Common Druid Spell card from the The Boomsday Project set!

This is another level of ramp. 1 mana for +2 mana crystals, for both players. This card basically reads “skip the early game and proceed straight to the mid game”. Which is actually, despite it using a card, something Druid MIGHT want to do, and that’s what makes it so interesting. Yes, I’ve read everywhere about the insane potential, nuts draws. Like 2x Biology Project, some Wild Growth, Nourish or something and then UI on Turn 3-4. But rating a card around nuts draw that will happen once in 50 games is definitely incorrect. Still, it doesn’t mean that the card is bad – we just have to look at a more average scenario.

And the thing about slow Druid deck is that they, on average, suck in the early game. You can play stuff like Doomsayer, but it would ruin your Oaken Summons, so most of the Druid decks just don’t want to do it. Skipping Turn 1-3 is pretty common in Druid, unless they get a Wild Growth. But if they could get straight to Turn 4 (or even Turn 5 if Wild Growth is also present)? Guess which deck would benefit more on average – Druid’s or the opponent’s? Most of the Control decks won’t really take a big advantage of that (it just speeds up the game a bit), and while Aggro decks can rush you down more easily, you start dropping your Oaken Summons, Swipe and Spreading Plague.

Important thing to highlight when talking about this card is that the mana crystals are full, not empty like in case of WG. It means that you can use those 2 mana immediately, even just to Hero Power down a 1-drop. Since the Mana Crystals are full, later in the game you can use it as the Innervate. You pay 1 mana, gain 2 – you’re 1 ahead. That said, if your opponent still isn’t at 10 mana, you might ramp him in the process.

Losing card advantage is not a great thing, but Druids have so much cycle that it might not matter. UI alone can bring you back into the game even if your hand is nearly empty by the time you end up ramping. So my prediction is that it’s not going to see play in a lot of decks, but it’s going to be staple in Druid decks that would really benefit from heavy amounts of Ramp and can stop the Aggro deck’s board flood, such as Big Druid or Malygos Druid. 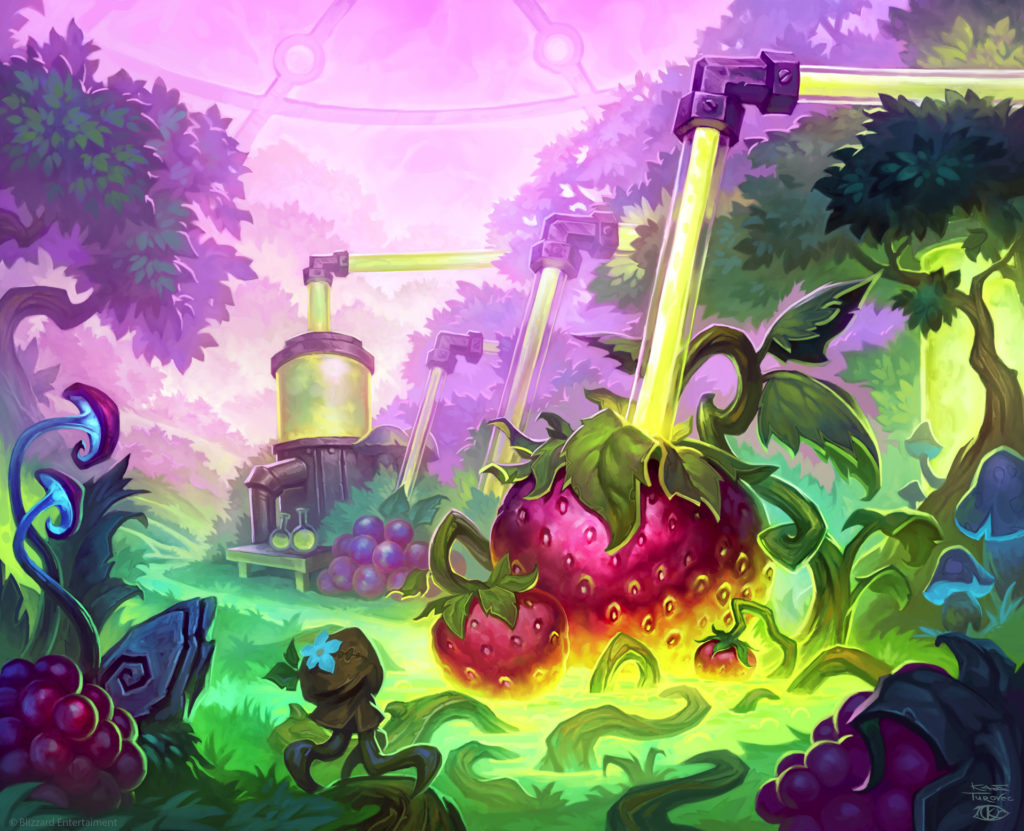