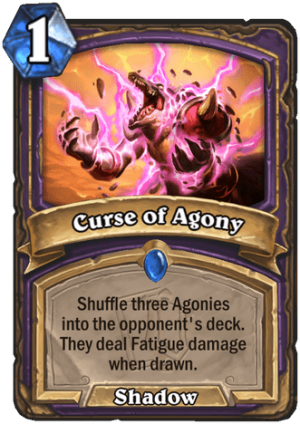 Curse of Agony is a 1 Mana Cost Rare Warlock Spell card from the Onyxia's Lair set!

Shuffle three Agonies into the opponent's deck. They deal Fatigue damage when drawn.

Now, fools, you shall all understand my back pain!
Tweet 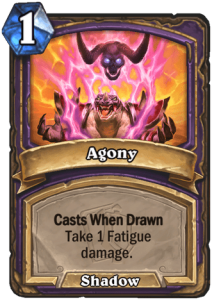 Cards Relating to Curse of Agony