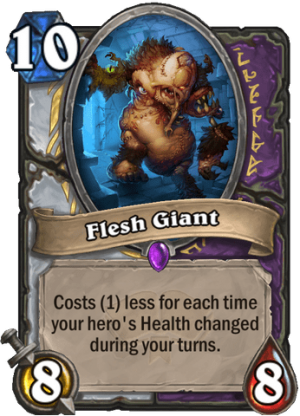 Costs (1) less for each time your hero's Health changed during one of your turns.