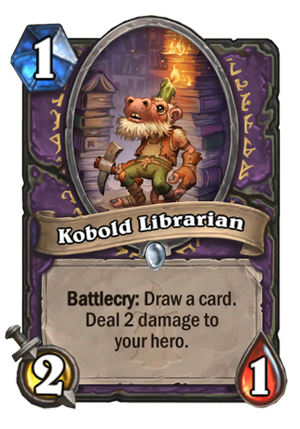 Kobold Librarian is a 1 Mana Cost Common Warlock Minion card from the Kobolds and Catacombs set!

Battlecry: Draw a card. Deal 2 damage to your hero. 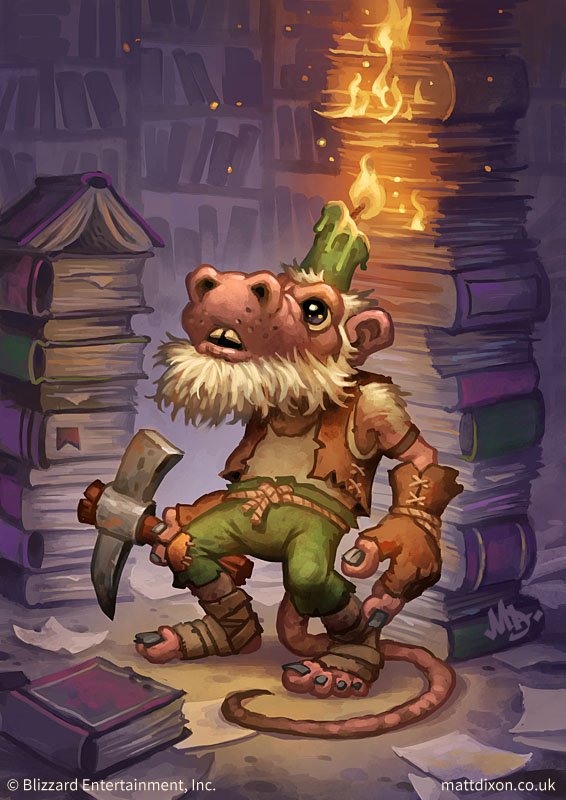