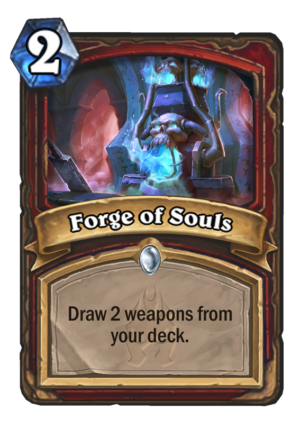 Forge of Souls is a 2 Mana Cost Common Warrior Spell card from the Knights of the Frozen Throne set!

Draw 2 weapons from your deck.

Powerful weaponry forged by Bronjahm, the Godfather of Souls.
Tweet