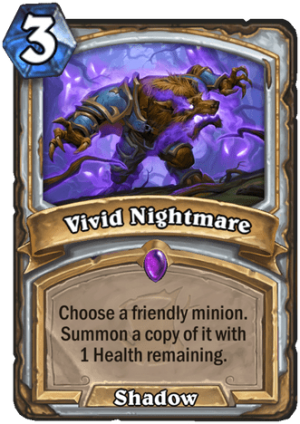 Vivid Nightmare is a 3 Mana Cost Epic Priest Spell card from the The Witchwood set!

Choose a friendly minion. Summon a copy of it with 1 Health remaining.

"I… I dreamed I accidentally crafted a golden Millhouse! It was so REAL!"
Tweet