The third set of the Galakrond’s Awakening adventure has just become available to play – and it leans quite heavily on the Auto-Attack mechanic first seen in One Night in Karazhan’s Chess encounter. As usual, a plethora of OTK decks can easily get the job done, but all in one scenarios you can go with a different approach for a more back-and-forth gameplay experience should you fancy that kind of thing.

As it’s become standard, the Heroic encounters use (almost) the same decks as their Story mode counterparts, with the higher Health total and cheaper Hero Power serving as the main source of difficulty in most cases. As usual, As such, decks like Holy Wrath Paladin and Mecha'thun Warlock will easily get you through most encounters – except for Dragonslayer Skruk who requires a different OTK approach because of some nasty tech choices in its deck. Otherwise, the combo decks we’ve listed in our Week 1 guide will still serve you well here, but we’ve also come up with a set of new recommendations for you. 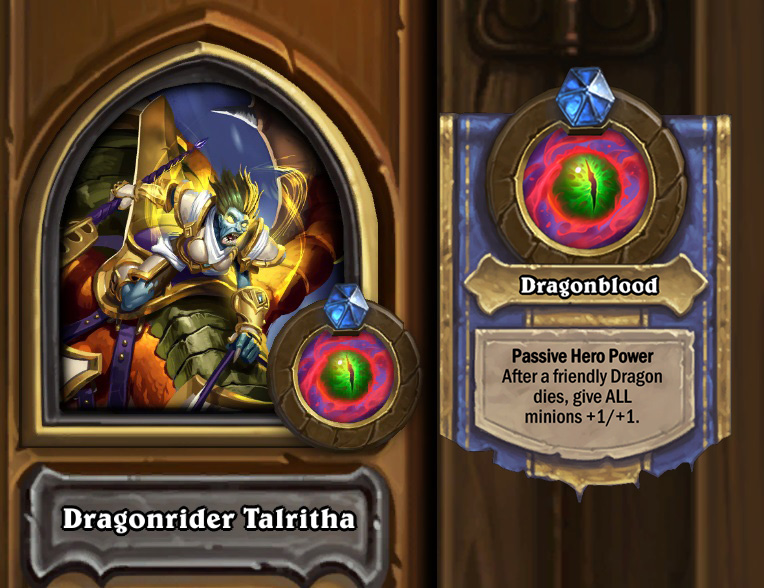 Previously, we got a chance to play as Talritha in Week 2 with the good guys, but now it’s time to take her down with a deck of our own. The passive Hero Power (which is identical to the Story mode, which means the only difference here is the 30 extra Armor) means that any token-based aggressive strategy will serve you well – for instance, this Standard Zoo deck with a bit of Galakrond shenanigans mixed in for good measure. Just keep making value trades until you have a full board of buffed minions, then go in for the two-turn kill once you’re ready. 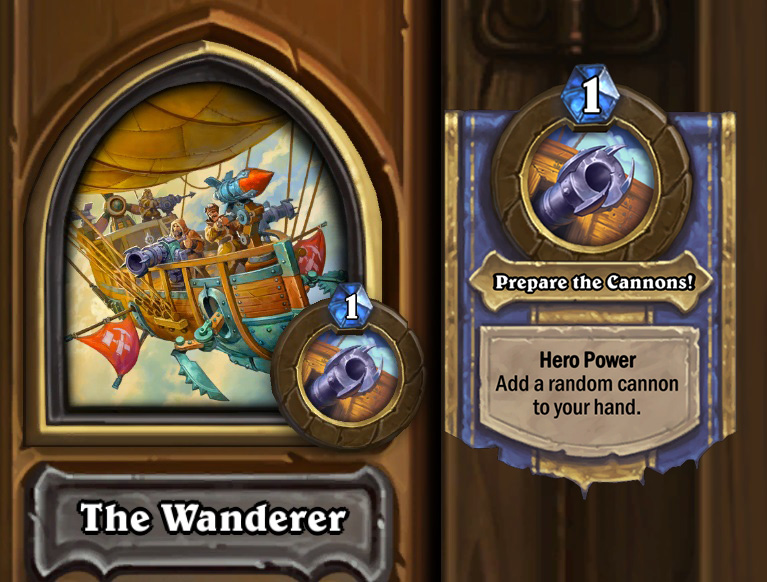 There are many ways to defeat these Auto-Attack encounters, and for better or for worse, you’ll have a chance to test all your strategies across the many such bosses sprinkled across this wing. The Wanderer boss is basically identical to The Slipstream from The League of Explorers’ side of things (both have the usual extra Health and a one-cost Hero Power), and you can use either featured deck to beat the Heroic encounter on both sides of the story. For fun (though it is admittedly a question of taste), we recommend a slightly adjusted Quest Resurrect Priest for this one: the AI will have no qualms about enabling a quick Quest completion, and once you stick a resurrected board or a buffed Batterhead, you will have a fantastic time. Just make sure you use your removals aggressively up until that point: they won’t be necessary once your minions come online. (If you’re having trouble with the bombs shuffled into your deck, make sure to keep Breath of the Infinite in your opening hand, or toss in an Archivist Elysiana as a stopgap solution like we did for the featured build!) 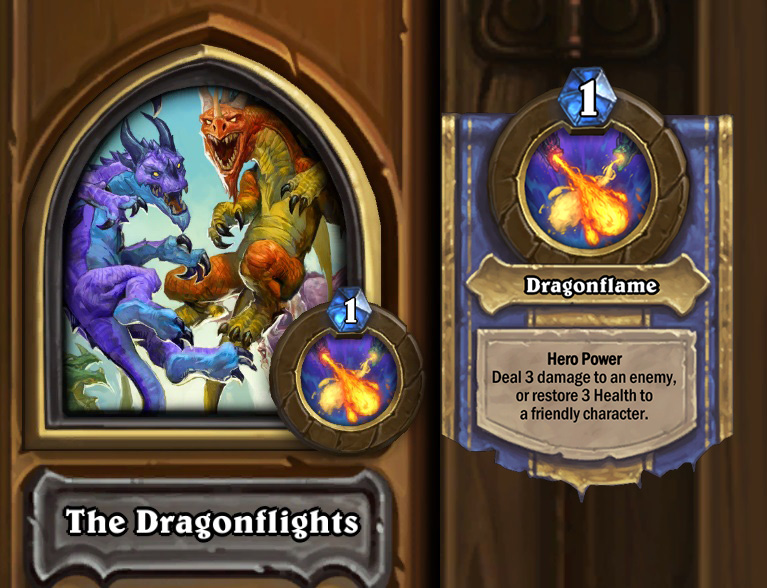 What’s the best mechanic to stall for ten turns? That’s right, it’s Freeze – and with no finisher required, you can really go overboard with your deckbuilding decisions here. You can easily complete the encounter with a Standard build, but if you’re having trouble, Ice Blocks make it a truly trivial matter. You might as well toss in two copies of Dragonslayer at that point! The boss only has its one-mana Hero Power as burst (apart from Malygos, Aspect of Magic discoveries), which makes the encounter fairly easy to math out, even with the two mana head start given to your opponent. Since the AI automatically attacks with its strongest minion first, Vaporize is especially effective here. 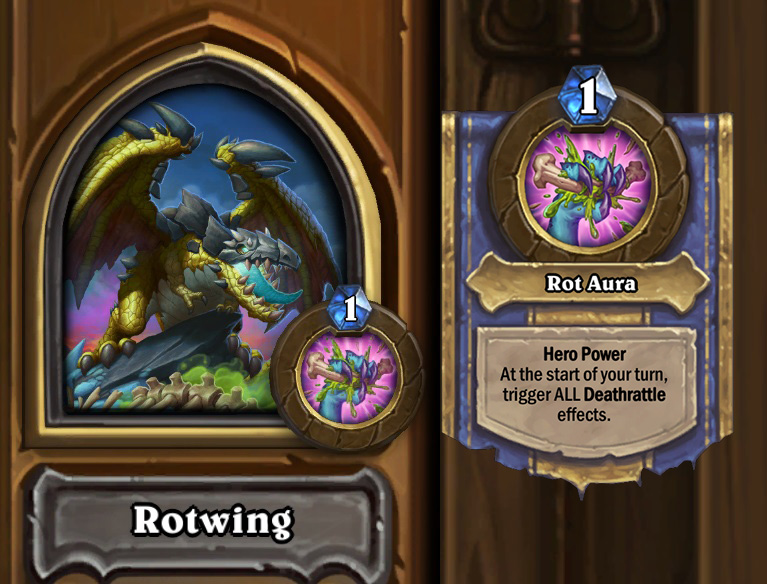 Boss battles with such symmetrical Hero Powers are really easy to solve, even with the sort of jank we threw together for Hunter. The AI will gladly trigger every effect for you, and it casts the ability before playing its own cards, making things even simpler than they otherwise would be. Just be diligent in clearing its early Eggs, and once you managed to stick a board of Deathrattle minions, the battle will quite literally win itself for you – 40+30 hit points be damned. 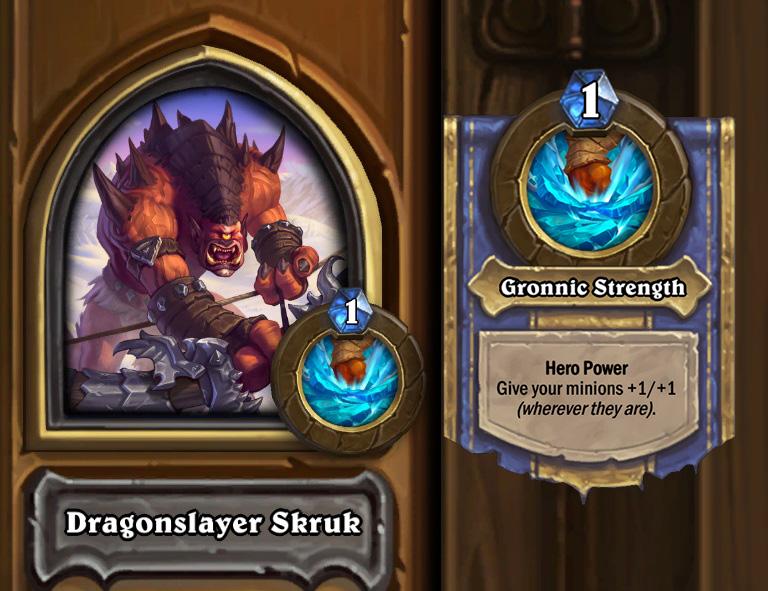 Perhaps the only tough encounter so far in Heroic – so much so that the Hero Power actually goes up in cost from 0 to 1 –, it’s one where you actually need to consider combo strategies to win. For Standard-only players, the sort of Combo Priest we’ve highlighted last week works just fine – but if you’re looking for something a bit more fancy, how about Exodia Mage? No Quest needed thanks to Emperor Thaurissan: and though the Counterspell makes Secret draws a bit less consistent, it can function as an extra Ice Block in a pinch when the unfair spells begin flying. Archmage Antonidas, double Sorcerer's Apprentice, double Molten Reflection: reduce the cost of four out of five and you’ll be good to go on this one: Simulacrum merely serves as a redundancy tool. (The reason we wouldn’t recommend Holy Wrath Paladin here is straightforward: Kobold Monk and Armored Goon can really easily ruin your day.) 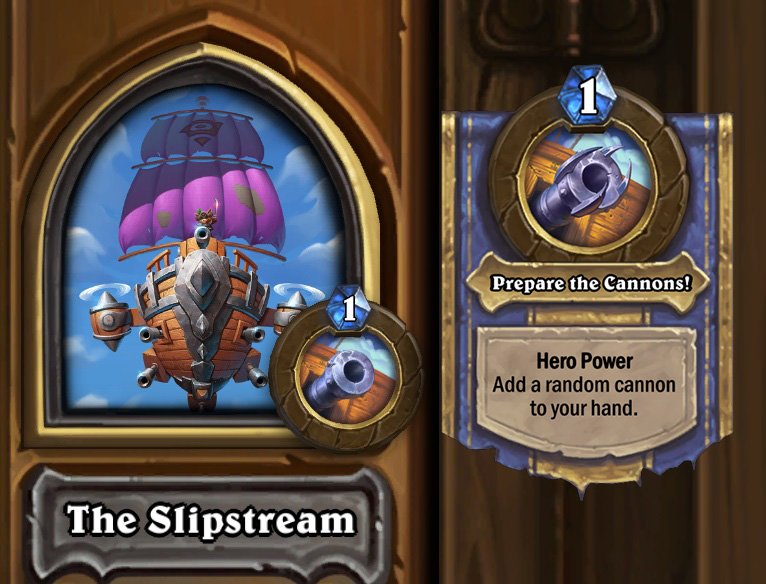 Again, this battle is pretty much identical to The Wanderer fight, but if Resurrect Priest isn’t your thing, maybe try Mech Hunter? Once you trigger the fabled Missile Launcher+Venomizer combo, you pretty much instantly win the game.