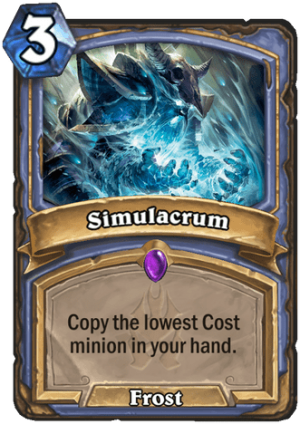 Simulacrum is a 3 Mana Cost Epic Mage Spell card from the Knights of the Frozen Throne set!

Copy the lowest Cost minion in your hand.