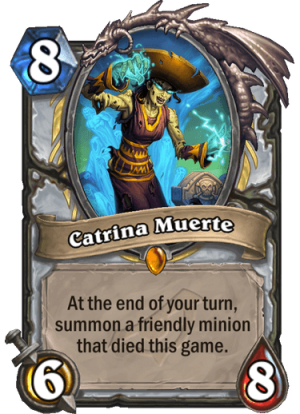 Catrina Muerte is a 8 Mana Cost Legendary Priest Minion card from the Rise of Shadows set!

At the end of your turn, summon a friendly minion that died this game.