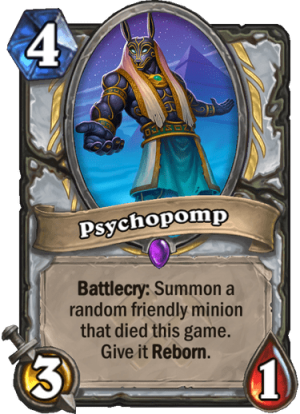 Psychopomp is a 4 Mana Cost Epic Priest Minion card from the Saviors of Uldum set!

Battlecry: Summon a random friendly minion that died this game. Give it Reborn.

"Come with me if you want to re-live."
Tweet