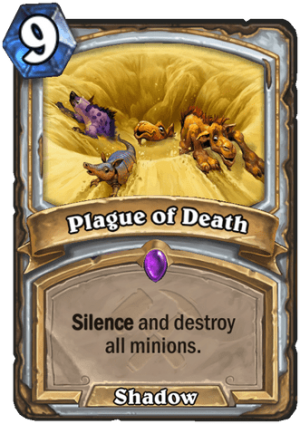 Plague of Death is a 9 Mana Cost Epic Priest Spell card from the Saviors of Uldum set!

Silence and destroy all minions.