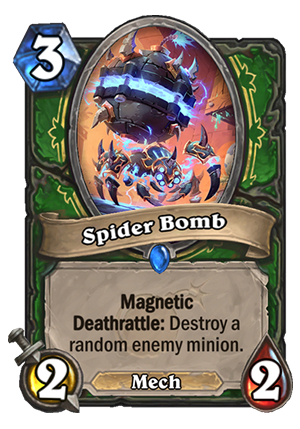 The first, and the only card so far featuring a new keyword – Magnetic. You can read more about it in our guide, but to give you a short introduction – Mechs with Magnetic can work in two ways. First, as a normal minion – you drop it and it has its own stats and effect. And second – as a buff to another Mech. You can “fuse” it with an existing Mech, and if you do it, the one on the board gains the stats and effect of the Magnetic one. Sounds a little bit complicated, but it’s actually simple. It’s like two cards with one – a regular minion and a 3 mana “Give a Mech +2/+2 and Deathrattle: Destroy a random enemy minion.”

Which is why I think that Magnetic mechanic has lots of potential. One of the biggest downsides of buffs is that they’re dead in hand when you have no right minion to buff on the board. If you’re behind, or just building a board, or a buff won’t give you any advantage in a certain scenario, you can decide to drop that Mech as a minion instead. You can’t do the same thing with buffs.

Obviously, Magnetic mechanic works only on other Mechs, which means that it will realistically work only in a dedicated Mech deck. The Mech part can be played just like a normal minion would, so it’s not out of question that a Magnetic card might see play in a non-Mech deck, the Magnetic effect just won’t be relevant (because it will rarely be used).  The biggest problem with Mech decks is, obviously, lack of good Mechs. Back in the day, when there were no formats and GvG was a thing, it wouldn’t be a problem. The expansion produced LOTS of great Mechs. But right now, we have only a handful of them in Standard. And honestly, Harvest Golem and Nightmare Amalgam seem like only two that could fit well into a Mech deck, which are usually pretty tempo-based (well, unless something changes). Which makes it incredibly hard to rate Mech synergies, as we have no idea what new Mechs we will see. That said, it looks like even if Magnetic won’t be big in Standard, there is a very high possibility that it will work better in Wild, with all of the GvG stuff.

This particular Mech is basically a delayed Deadly Shot with a body. You get a 2/2 Mech, or +2/+2, but the Deadly Shot is delayed. It can be both a good thing and a bad thing. On the one hand, you can set it up before your opponent’s key turn – like playing it on empty board before Turn 8, when your opponent might drop The Lich King or a Primordial Drake. On the other hand, he won’t do it if he’s given a heads-up – he can clear it before playing a big minion, Silence it, or just flood the board with smaller ones. At the same time, if you already have a small Mech on the board, you can use it to buff it, sac it into a big minion and kill it immediately, which can be valuable. Delaying your opponent’s big plays is also pretty good by itself – it’s a bit like dropping a minion with Poisonous. Not necessarily going to always get a big value trade, but it can mess your opponent’s game plan.

Since it’s a Deathrattle, it also gets potential extra value in any deck running Play Dead and/or Carnivorous Cube. So it might be played not for its Mech synergies, but for the Deathrattle, in something like Egg/Cube Hunter.

All in all, like I’ve mentioned, it’s far too early to judge the whole Magnetic after seeing a single Mech, but I have pretty high hopes for it. This card seem above average, since it has a solid use both as a regular minion and as a buff. But I wouldn’t call it “great”. 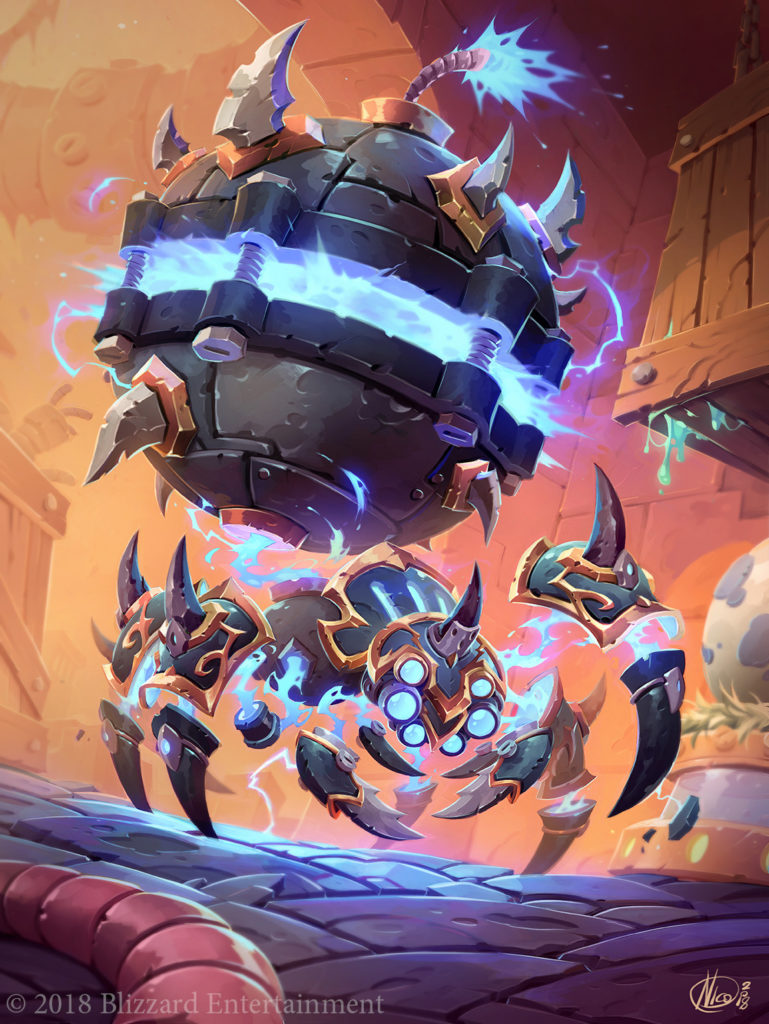