It’s time for the final showdown in Dragonblight in the fourth week of the Galakrond’s Awakening adventure! For once, Heroic actually lives up to its name – monstrous mega-baddies stand between you and the fancy card back, some of which are truly, astonishingly disgusting. We’ve battled through it all to ensure you have safe passage – and save Azeroth from Galakrond at the end of it all!

As it’s become standard, the Heroic encounters use (almost) the same decks as their Story mode counterparts, with the higher Health total and cheaper Hero Power serving as the main source of difficulty in most cases. As usual, As such, decks like Holy Wrath Paladin (which will make an appearance in this guide!) and Mecha'thun Warlock will easily get you through most encounters. Otherwise, the combo decks we’ve listed in our Week 1 guide will still serve you well here, but we’ve also come up with a set of new recommendations for you. 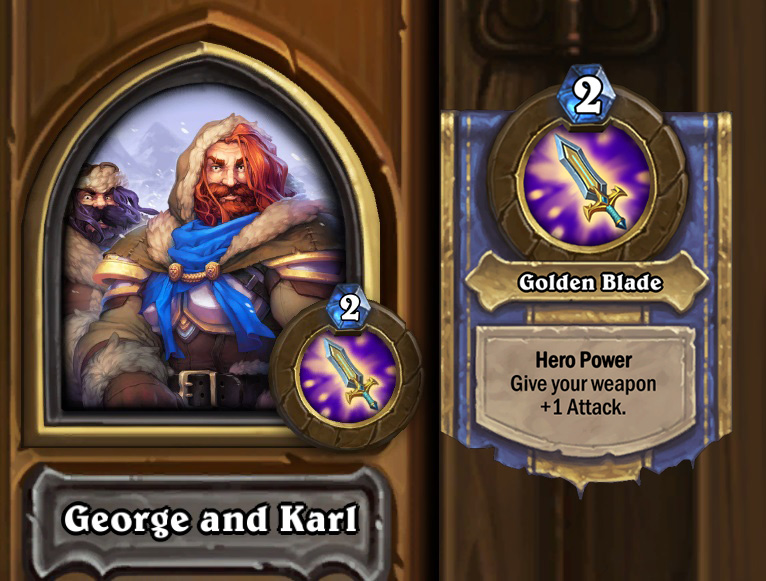 This is a tricky encounter but raw aggression can win the day nevertheless. Since the two Paladin buddies keep swapping back and forth, no extra health is applied to the Heroic version of this encounter. They do start with three mana to make things more challenging, but otherwise the same rules apply as they did in the story mode: if you kill one of them, the High Five! cards get automatically discarded, and your turn doesn’t end at that point, meaning you can still attack with any leftover minions you have.

Since Paladins struggle with early aggression and wide boards, we opted for an Aggro Warrior build with many of the new Adventure cards to take them down: once you build a wide enough board, neither George nor Karl will have a reasonable answer to stop you. Fun fact: the AI will miss lethal with the Golden Blade hero power – though hopefully your battle won’t come to that point! 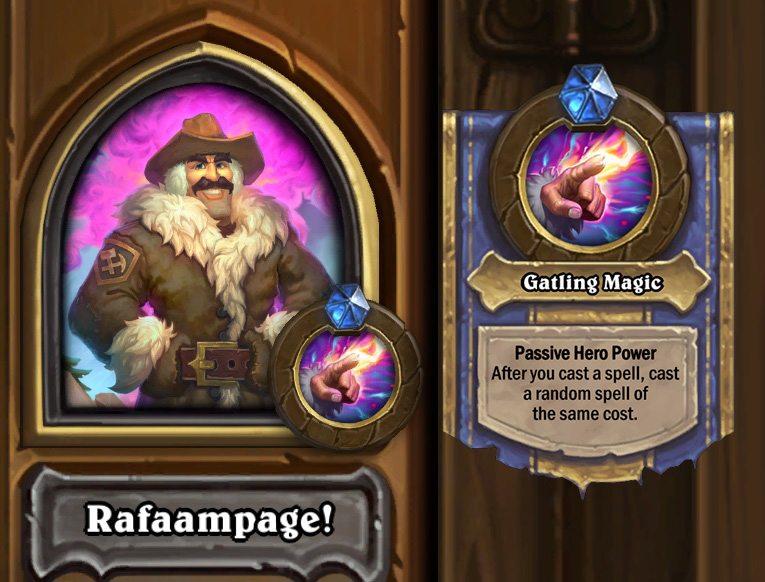 This fight is brutal. Reno burns your face off with all his bonus spells like a maniac, and his 50+30 health pool makes burn strategies almost worthless. We wanted to make sure we include a Standard deck for this one, but this encounter is so tough most OTK decks also struggle to get over the line. However, as it happens quite often with random spells, Reno does have a tendency to fatigue himself even with the re-shuffle cards like Roaring Torch and his special Treasure equivalent in play. Astonishingly enough, Resurrect Priest can get you over the line with this one – just get ready for a grueling and difficult encounter where RNGsus can easily force a restart. Double Grave Rune gives you that little extra juice needed to finally stick a board when it matters the most, and the upgraded Hero Power from the Quest will keep you alive. Eventually. It may take a few tries. 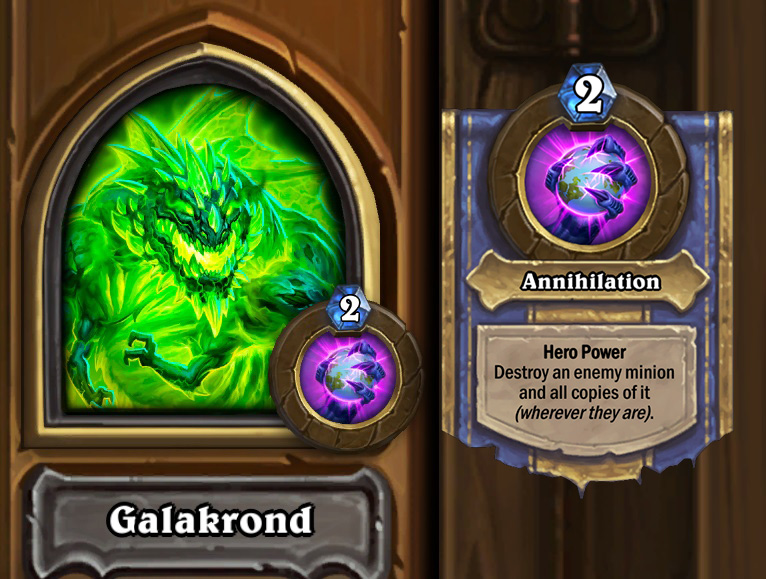 This boss does not play nice, so we didn’t either. Not only does it have 150 hit points to work with, but it can also casually drop 20 stats on the board on turn 1 with a Disciple of Galakrond? Plus a two-mana Flik Skyshiv effect as its hero power? Well, we just had to go with the same sort of Mage OTK deck we’ve featured in one of the previous wings, with a few changes made to improve your chances of success. Since Doomsayers are worthless against Galakrond’s weaponry and hero power, and Ice Barriers offer no more coverage than a fig leaf would, we cut them for Freezing Potions, Zephrys the Great and one copy of Primordial Glyph. Reduce the cost of five combo pieces and you’ll be ready to nuke the ur-dragon from orbit in no time. 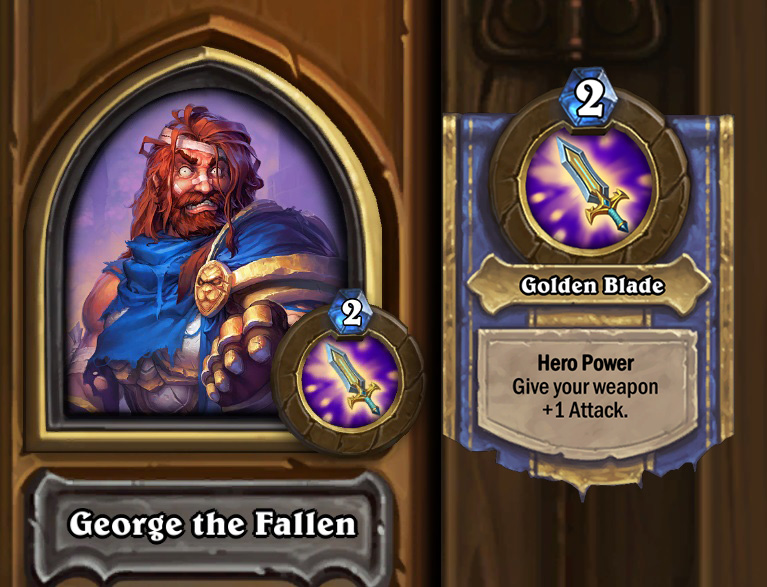 The lost paladin is perhaps the easiest encounter of Week 4, with a standard old-school Galakrond Warrior build already enough to take him down. Once the Frothing Berserkers get out of hand, he has no way back on the board. Needless to say, the sort of Aggro Warrior highlighted in the previous section will do an even better job than this one. It’s the usual setup: 30 Armor on top of its 30 Health, and the same 2-mana Hero Power as in the Story mode. 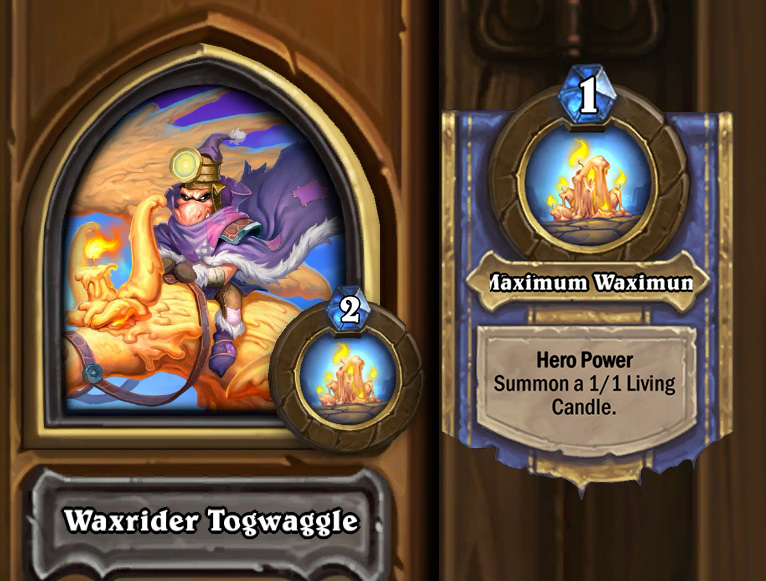 A slight twist on Embiggen Druid is enough to get you over the line with this one: add two copies of Kobold Stickyfinger where you’d usually put the Dragonmaw Poachers on the ladder, sprinkle the mix with a few Acidic Swamp Oozes depending on your taste, and the raw stats on board plus the swing turns where you steal or destroy the weapons will put you over the top against the Kobold King. 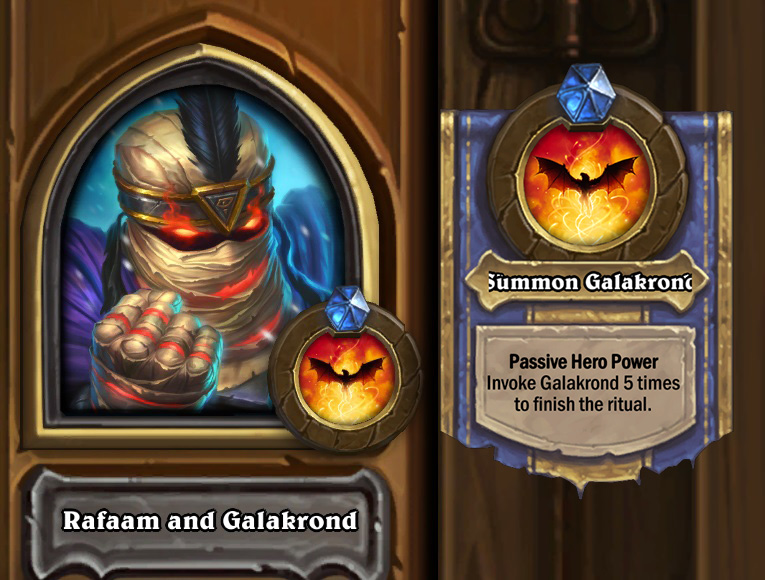 Once again, it’s the difficulty of the Standard encounter which is meant to be the challenge here (the same hero powers and health totals are in play), and there isn’t really a way to grind out all the Devastations once Galakrond comes online. We went back to basics and opted for the first deck we’ve highlighted in this series of articles: Holy Wrath Paladin. There’s a twist on the standard gameplan: you need to find a turn where it’s safe to drop down Alexstrasza once Rafaam transforms into his final form, but since the AI happily swings its weapon into the dragon the one time it can without dying, Zephrys the Great can often deliver the killing blow without Shirvallah, the Tiger setups. A standard build was completely enough to get us over the line, but needless to say, the plethora of tools in Wild will make this a cakewalk if you need some additional help.