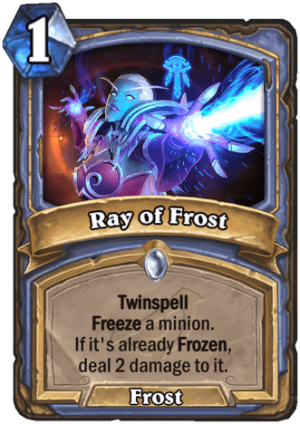 Ray of Frost is a 1 Mana Cost Common Mage Spell card from the Rise of Shadows set!

Twinspell Freeze a minion. If it's already Frozen, deal 2 damage to it.

If you have zero chill, this can help.
Tweet