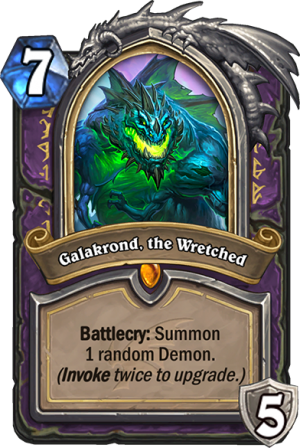 Galakrond, the Wretched is a 7 Mana Cost Legendary Warlock Hero card from the Descent of Dragons set!

Fel-flames slowly writhed around the skeleton, until the great bones knit themselves together into a demonic monstrosity. Rafaam shielded his face from the heat but could not hide his grin.
Tweet

Check out this post to learn how Galakrond works! 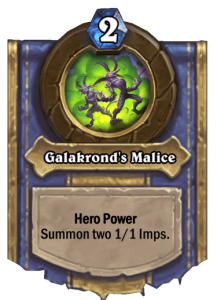 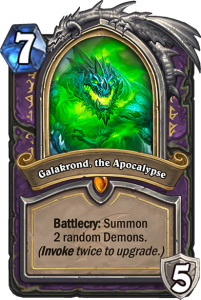 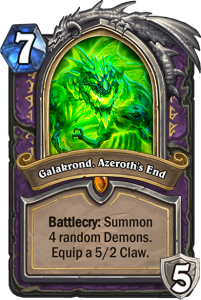 Cards Relating to Galakrond, the Wretched