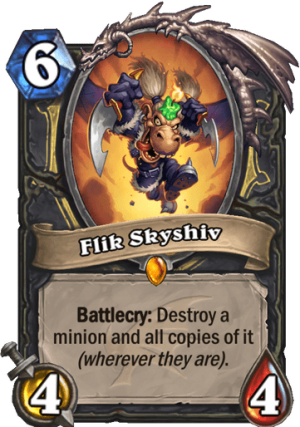 Flik Skyshiv is a 6 Mana Cost Legendary Rogue Minion card from the Descent of Dragons set!

Battlecry: Destroy a minion and all copies of it (wherever they are).

Junior explorers scan the night sky in fear of her candle’s flame!
Tweet