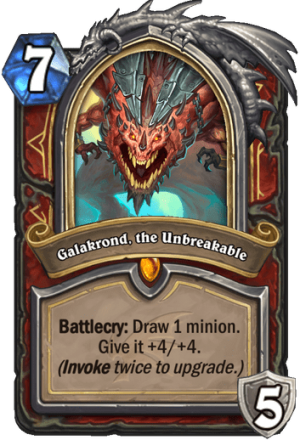 Galakrond, the Unbreakable is a 7 Mana Cost Legendary Warrior Hero card from the Descent of Dragons set!

The ground quaked beneath the behemoth as Dr. Boom continued: "…with over 400 TONS of solid Storm Silver plate." Then he beeped a small remote. "And luxury spikes!"
Tweet 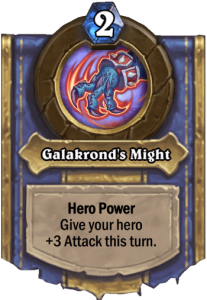 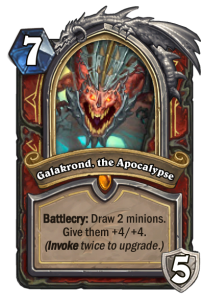 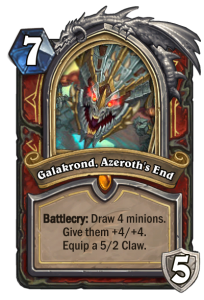 Cards Relating to Galakrond, the Unbreakable