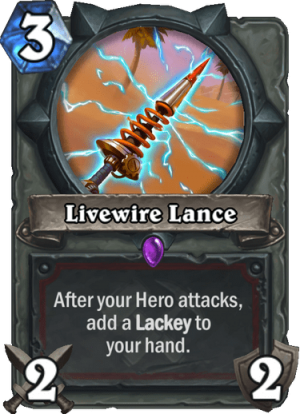 Livewire Lance is a 3 Mana Cost Epic Warrior Weapon card from the Saviors of Uldum set!

After your Hero attacks, add a Lackey to your hand.

The lance is heavy but it’s the battery pack that really does a number on the shoulders.
Tweet