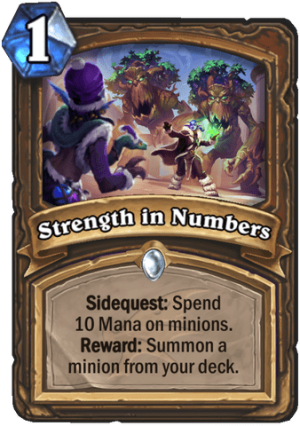 Strength in Numbers is a 1 Mana Cost Common Druid Spell card from the Descent of Dragons set!

Sidequest: Spend 10 Mana on minions. Reward: Summon a minion from your deck.