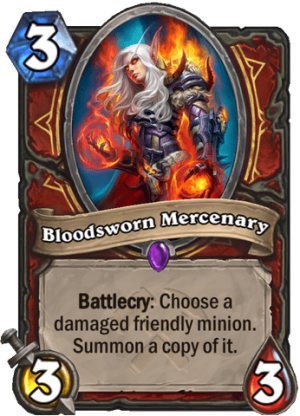 Bloodsworn Mercenary is a 3 Mana Cost Epic Warrior Minion card from the Saviors of Uldum set!

Battlecry: Choose a damaged friendly minion. Summon a copy of it.

You look really hurt. You could use a friend!
Tweet