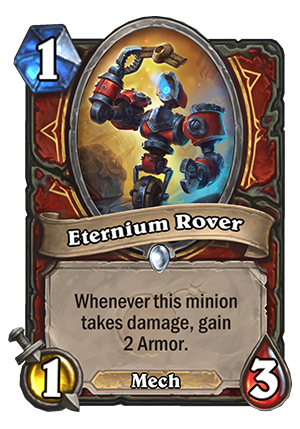 He's all beeps and smiles but you're just a walking pile of armor to him.
Tweet

If Dire Mole is a solid card, even in the decks that don’t have any kind of synergy with Beast tribe, I don’t see why wouldn’t this one be good. It’s a 1 mana 1/3, with two upsides – Mech tag and some Armor gain potential. It seems to fit into two kinds of deck lists. First of all, aggressive Warrior builds – it’s like a better Dire Mole there. Even if you can’t take advantage of the Mech tag, the extra Armor might come handy in the Aggro mirrors. And the second kind of build is Control Mech Warrior (which looks like the main Warrior’s theme for this expansion), where it’s a nice, anti-Aggro 1-drop with a Mech upside. It’s a solid, cheap body to slam Magnetize onto, and giving it more health potentially means more Armor gain. It’s so good that it might even fit into a non-Mech Control Warrior builds. Armorsmith was dropped mostly because 1 attack is not that good on a 2-drop, but it’s very acceptable on a 1-drop – you can trade with Dire Mole, Righteous Protector, Fire Fly etc. basically gaining some early game board control AND usually around 4 Armor on top of that.

Even though it’s not really a build-around card and doesn’t push the Warrior’s power that much (the class already has lots of anti-Aggro tools), it’s powerful for a 1-drop, it fits into different decks, you wouldn’t mind dropping it on T1, but your Aggro opponents will hate to see that. It’s just very good. Even better if we get some 2-drop Mech with Magnetize. 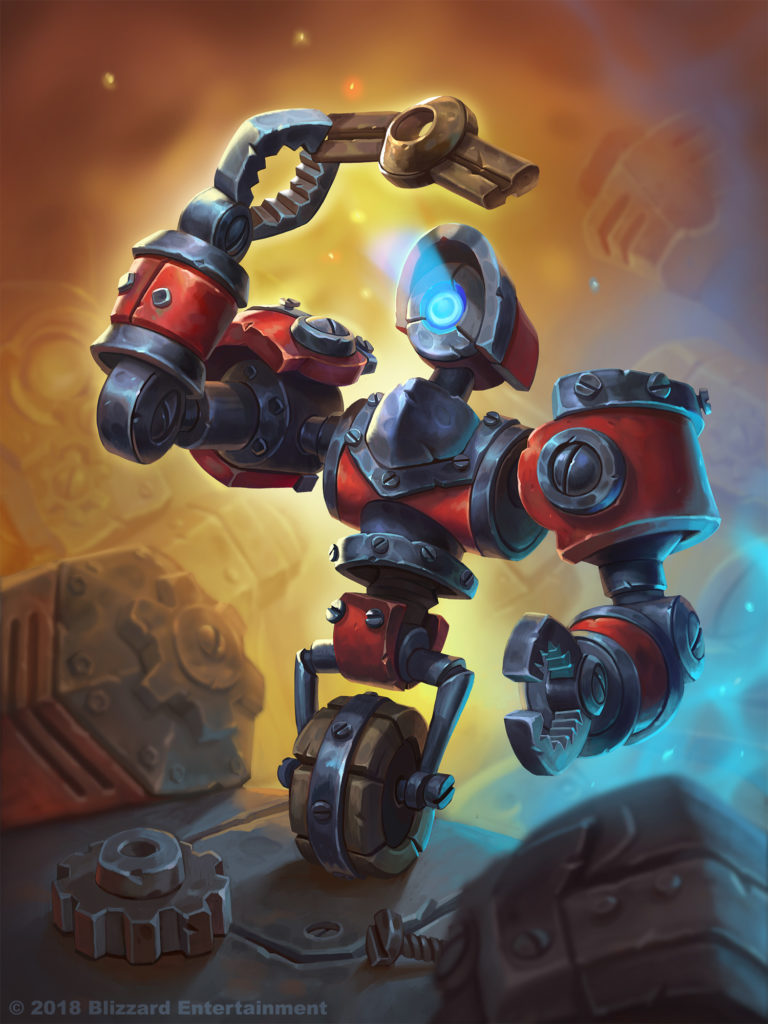