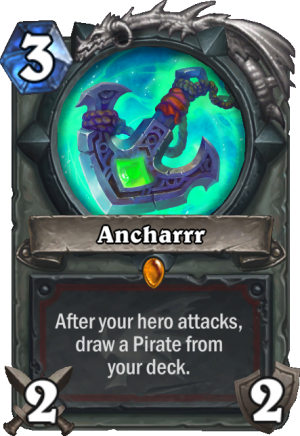 Ancharrr is a 3 Mana Cost Legendary Warrior Weapon card from the Descent of Dragons set!

After your hero attacks, draw a Pirate from your deck.

The problem with anchors is they often end up sinking to the bottom of your deck.
Tweet