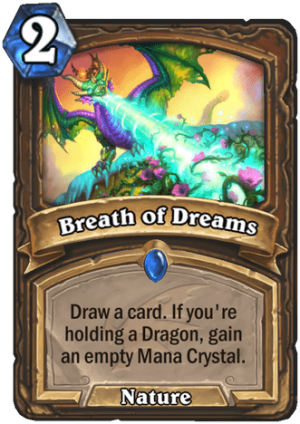 Breath of Dreams is a 2 Mana Cost Rare Druid Spell card from the Descent of Dragons set!

Draw a card. If you're holding a Dragon, gain an empty Mana Crystal.