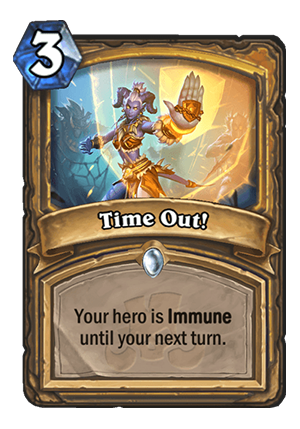 Time Out! is a 3 Mana Cost Common Paladin Spell card from the Rastakhan's Rumble set!

Your hero is Immune until your next turn.