The Hearthstone Standard rotation is almost upon us: with the next expansion in April, three expansions will rotate out of the Standard format. Then, cards from The Witchwood, The Boomsday Project, and Rastakhan’s Rumble will only be usable in Wild, in some Tavern Brawls, and in some single-player content.

All previous rotations have had a drastic effect on the meta, and in all likelihood, this one will as well. Many decks will become unviable because they lose key pieces, and of course, the new expansion will help some decks and hurt others. There are always survivors, too. Cubelock, for example, lived happily through the rotation in 2018 carried by cards from the Classic set and from Year of the Mammoth.

Last year’s rotation was ruthless because Year of the Mammoth (2017) was a very strong year whereas Year of the Raven (2018) was not. Now that Year of the Raven is on its way out, and Year of the Dragon (2019) includes tons of powerful cards, it will be interesting to see what Blizzard has planned to shake the meta. Will this be the weakest rotation so far, or will there be even more power in the first expansion of the year? 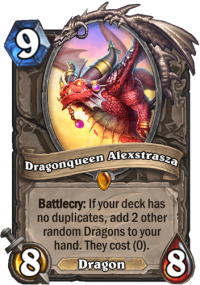 Several strong mechanics will remain in Standard for another year: Highlander synergy cards, Galakronds, and Lackeys. It seems likely that they will be important players in the meta for the next year, but the form that they will take is unclear. Highlander decks, for example, can easily accommodate several cards from a new expansion and ride on the power of Zephrys the Great, Dragonqueen Alexstrasza, and class-specific synergy cards, such as Dinotamer Brann. The main obstacle to their success is a fast meta in a post-Zilliax world, where they might not be able to defend well enough. Other decks seem set for success with clear lists, but the meta might not turn out in their favor, either.

In order to figure out the best rotation-proof decks, let’s take a look at the most common archetypes class by class and see how the rotation will treat them.

The main Druid archetypes at the moment are Token Druid, Quest Druid, and Embiggen Druid.

Token Druid will lose Dendrologist, Landscaping, and Mulchmuncher. For a deck that finally found enough Treant synergies to make it a thing, these losses can hurt. There is no falling back to the Mech variant of the deck either because most of that core rotates out.

Quest Druid gets to keep the Quest, so the archetype is potentially alive. However, it loses its only hard-removal piece (Wardruid Loti) and its most flexible answer (Flobbidinous Floop), so it is unclear how the deck should be built to compensate for those losses.

Embiggen Druid, on the other hand, looks very much alive:

This list only loses SN1P-SN4P and Zilliax, which can be replaced with something like Injured Tol'vir, if there are no good replacements in the new expansion. 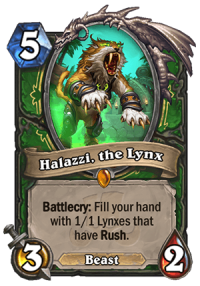 The Quest remains in Standard, so Quest Hunter can find a way to succeed, but it needs a fair number of replacements because it loses SN1P-SN4P, Zilliax, Springpaw, Halazzi, the Lynx, and Boommaster Flark. Some new token generators are needed for the archetype to succeed.

Highlander Hunter is likely to survive. The final list, however, is far from clear at this point because Highlander decks are so flexible in incorporating new cards. The current list loses SN1P-SN4P, Zilliax, and Springpaw, so as far as Highlander decks go, it loses very little.

Face Hunter loses only one card, Lifedrinker. However, it is the most fragile of all Hunter archetypes, because if sufficient defensive tools are widespread in the meta, the entire archetype is completely countered. Without knowing the new meta, going with Face Hunter is a risky move.

Dragon Hunter, on the other hand, is the aggressive Hunter deck that can overcome more obstacles, and it loses absolutely nothing!

There, a ready deck for the post-rotation world.

There is only one Mage archetype that sees significant play at the moment: Highlander Mage. It should survive in some form thanks to Zephrys the Great, Dragonqueen Alexstrasza, and Reno the Relicologist, but what that form is, I do not know yet.

Highlander Mage is losing SN1P-SN4P, Zilliax, Stargazer Luna, Luna's Pocket Galaxy, and several other cards. Defensive power, card draw, tempo swings. It will have to redo all of that from scratch.

When a class’s main archetype is called Mech and the upcoming rotation will mean the end of almost all Mech cards in Standard, one might think that the class is in trouble. Indeed, Paladin looks dead. Mech Paladin is gone. Holy Wrath Paladin is gone. Pure Paladin? Not looking good even now. Paladin will need some fancy new cards to survive. 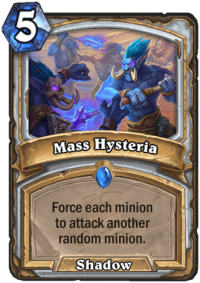 Combo Priest loses Topsy Turvy, Extra Arms, and Bwonsamdi, the Dead. As long as Divine Spirit and Inner Fire remain, there is always hope for the archetype, but it needs some new additions to survive.

Resurrect Priest, on the other hand, needs a new board clear: Mass Hysteria is rotating out. Without a new defensive tool, the archetype does not look viable. Priest has been in this state of constantly waiting for new area-of-effect spells for years: it has received a somewhat steady supply of them, but whenever one rotates out, the class suffers until the replacement comes. Resurrect Priest also loses Zilliax and Zerek's Cloning Gallery, which are some major losses, but those can be overcome even with the current card pool. The lack of early defensive tools cannot.

Rogue is looking stronger than ever going into the Standard rotation. Galakrond Rogue is perhaps the best deck in the game, and it loses nothing!

For a more fun approach, you can play the Malygos version, which also loses nothing, but for the best results, stick with the regular version. 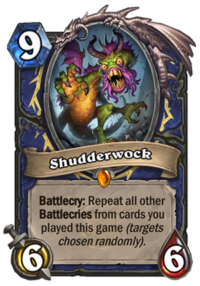 Shaman is not doing too well right now. The best archetype of the class is Aggro Overload Shaman, and it will die in the rotation in its current form, because Thunderhead is on its way out of the Standard format. The entire deck will have to be reinvented without the token support provided by Thunderhead.

All slower Shaman decks lose Shudderwock, which has been their main value engine once they inevitably run out of resources. Things look dire.

Shaman still has access to Galakrond, and it is likely that some form of Galakrond Shaman can rise in the new expansion, but the exact composition is far from obvious.

Warlock is not going strong now, and it is hard to say what the future will bring for the class. The loss of Zilliax and Lord Godfrey hurts all slower Warlock decks because they already struggle to defend their health total.

Warlock has access to Galakrond, and that is likely at the core of any upcoming Warlock decks. Warlock’s Galakrond can be used in control decks and in Zoo, it is very flexible. How good those decks can be, remains uncertain. 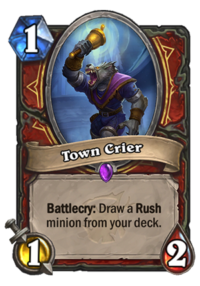 Warrior has one of the strongest decks at the moment, Galakrond Warrior, but I am uncertain in what form it will survive the rotation. The deck is about to lose both of its one-drops, Town Crier and Eternium Rover, and a strong early game is crucial for its overall strategy. Perhaps they can be replaced with something from the new set, or perhaps the deck will become a slower, more control-oriented version. There is considerable uncertainty about the future of Galakrond Warrior, although it is likely to survive in some form.

Control Warrior has a lot of good tools, but the number of threats the top meta decks can generate has proven difficult for it to handle. With Dr. Boom, Mad Genius on its way out of Standard, Control Warrior will need to be built completely anew if it is to survive.

Overall, then, there are three decks that look set to survive the rotation more or less intact: Galakrond Rogue, Dragon Hunter, and Embiggen Druid. How good they will be in the new world order is uncertain, although I’d put my money on Galakrond Rogue being the best option followed by Dragon Hunter. Embiggen Druid has already proven to be vulnerable, even though it survived the target on its back with a slightly above 50% win rate.

There are also other decks, or at least core ideas of decks, that will survive the rotation.

Highlander decks, for example, are just too strong to die, but they may change, even considerably. Therefore, outside the Highlander synergy cards themselves, it is hard to recommend a specific list at this point. Highlander decks eat Legendary cards for breakfast, so you may end up crafting expensive cards that will be replaced with something else when the new expansion comes.

Galakrond decks also seem set for success. Except for Priest. Priest’s Galakrond is just so much worse than the others. Warrior, Shaman, and Warlock are all likely to find some Galakrond deck in the new expansion, but the exact details remain uncertain.

It is not a great time to be crafting cards this close to the Standard rotation, but on the other hand, this is a game and not an economics simulator. Mind your dust, sure, but also remember to have fun. If you have not yet played with the three most likely survivors, this can be a good time to have some fun with them.