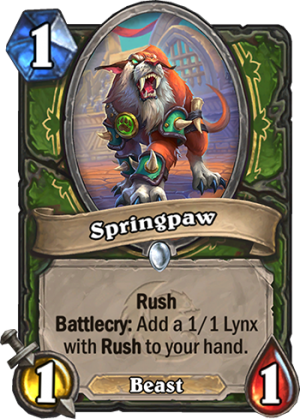 Rush Battlecry: Add a 1/1 Lynx with Rush to your hand.

Despite it being really simple, I think it’s one of the better cards from this initial reveal. It’s very similar to Fire Fly, which is known to be one of the best 1-drops in the entire game. Yes, it loses 1 health on both bodies, but you gain Rush and Beast synergy instead. It seems to be a bit worse in the early game, but makes it up in the mid/late game, where it will be much more relevant than Fire Fly.

You can combo it with Hunter's Mark as an instant removal. You can ping off the 1 health minions (Hunters have troubles pinging stuff, Candleshot is the only reliable way to do so right now), you can combo it with something like Houndmaster. If you run it in a deck with Toxmonger, it gains Poisonous, making it a great removal for big minions (like a Boar 2.0). While most of the time it’s a worse On the Hunt, you can say the same thing about Fire Fly – it’s a worse Dire Mole, but just like Fire Fly it comes with a second body you can utilize. E.g. you can drop them both on T2, or you can play one on T1 and keep one to fill your curve later.

The card just screams Quest Hunter. And while I don’t think that Quest Hunter will suddenly become viable, this will definitely be the deck’s staple.

Right now it still has to compete for the 1-drop slot with cards like Fire Fly or Dire Mole, but both of those will rotate out with the first expansion of 2019, so that’s when this card might spring into Hunter decks. But even right now, I could see it being played in some sort of Beast-synergy Midrange Hunter build.

It’s not a crazy good card, but I’m pretty sure that it will see play at some point. 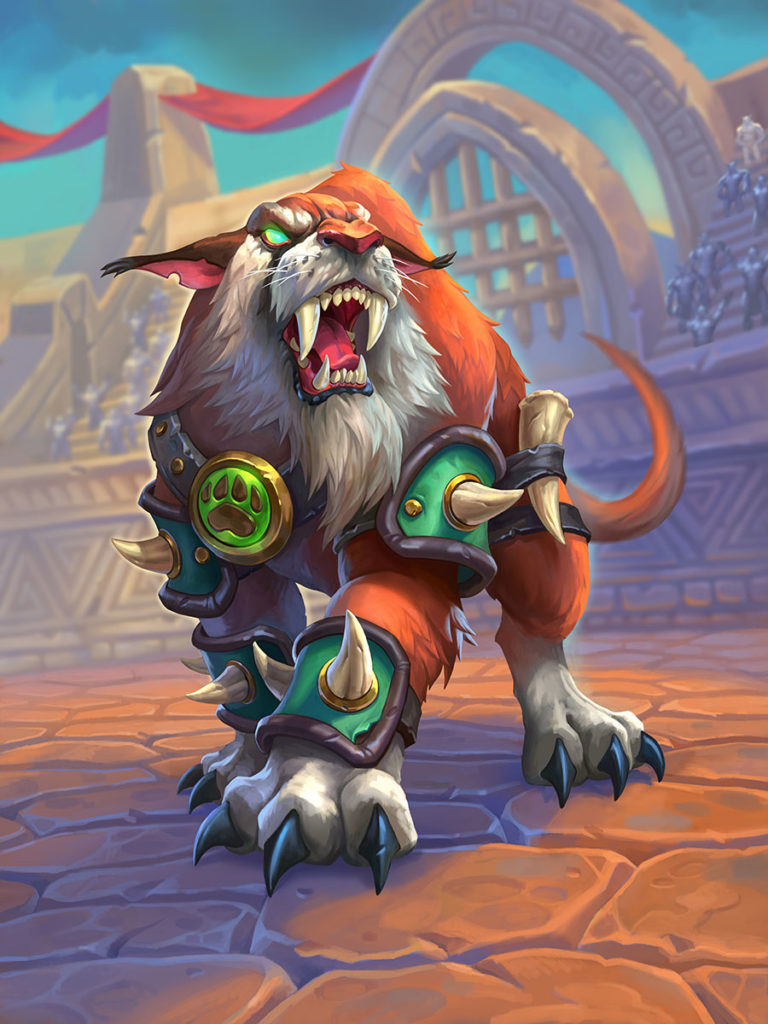