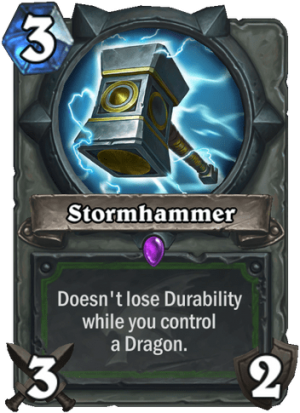 Stormhammer is a 3 Mana Cost Epic Hunter Weapon card from the Descent of Dragons set!

Doesn't lose Durability while you control a Dragon.