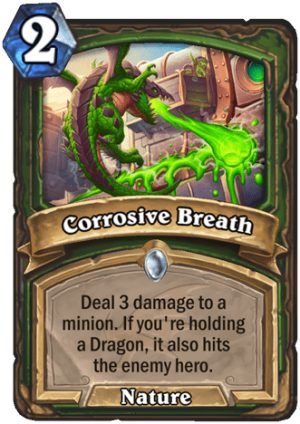 Corrosive Breath is a 2 Mana Cost Common Hunter Spell card from the Descent of Dragons set!

Deal 3 damage to a minion. If you're holding a Dragon, it also hits the enemy hero.