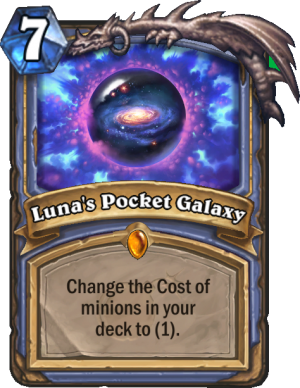 Change the Cost of minions in your deck to (1).

Luna became head of the astronomy department when her boss invented the Pocket Black Hole.
Tweet