The new Hearthstone adventure is back with six more encounters, and though they are similar to what Week 1 had to offer in terms of difficulty – meaning any sort of OTK combo deck will get the job done with a Platebreaker/Alexstrasza deck for most encounters, with one notable exception –, the relative simplicity of the battles also gives us on opportunity to have some fun with a wide variety of archetypes. We’ve listed a bunch of wacky decks below if you’re looking for an oven-ready solution!

Just like last week’s bosses, the Heroic encounters use exactly the same deck as their Story mode counterparts, and the difference between the battles comes in the form a higher Health total and a lower Mana cost on the Hero Power in certain circumstances. As such, decks like Holy Wrath Paladin and Mecha'thun Warlock will easily get you through most encounters – however, Lazul’s two-stage boss fight is an exception to this. Otherwise, the combo decks we’ve listed in our Week 1 guide will still serve you well here, but we’ve also come up with a set of new recommendations for you. 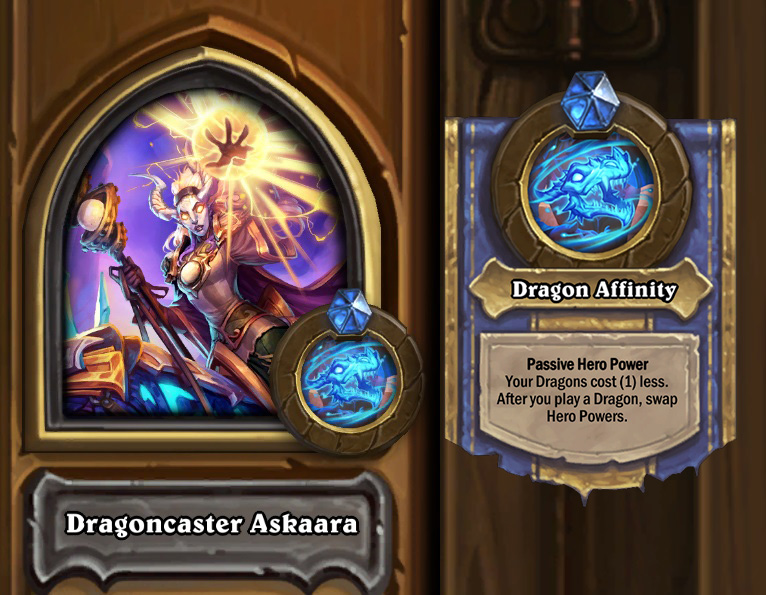 Somewhat surprisingly, this boss has the identical hero power in Heroic as it does in Story mode, a single Mana reduction on either Dragons or Spells at any given time. She begins with 30 Armor atop her 30 health, and doesn’t pose any special kind of a threat. (The AI will sometimes tempo out Malygos, Aspect of Magic without another Dragon in hand in its infinite wisdom!) A standard non-teched Embiggen Druid will get you through this encounter without a problem, but it’s also worth noting that this boss draws so many cards over the course of the game that you can easily exhaust it with something like a Control Warrior as well. 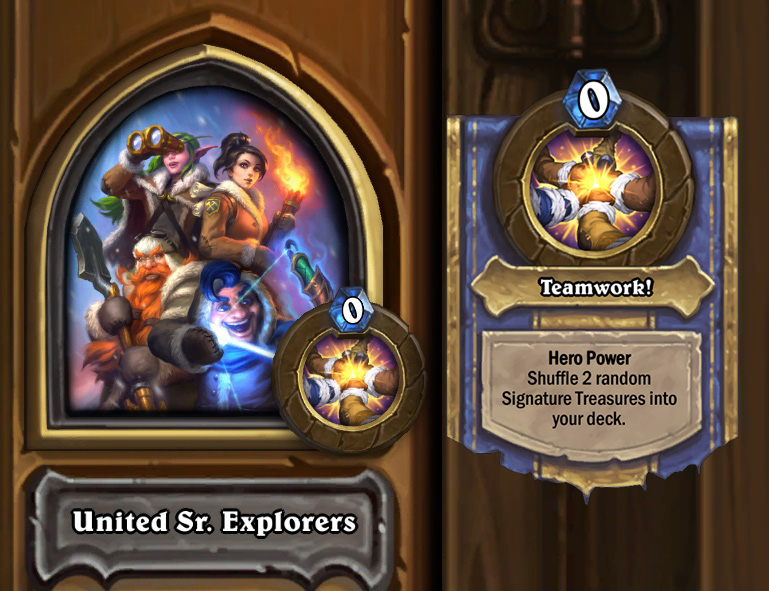 This time, the Explorers’ Hero Power is free (and it still auto-casts), which means the clock is ticking from turn one. The AI also seems to start with either one or two random Quests in its opening hand. Once again, you’re looking at 60 hit points to burn through, in a 40+20 distribution this time around. A standard Combo Priest list will serve you well – just make sure you go for the OTK to avoid a blowout from certain Treasures! (If you use a decktracker, it will show you which Treasure was shuffled into the opponent’s deck – a marginal benefit worth keeping in mind.) 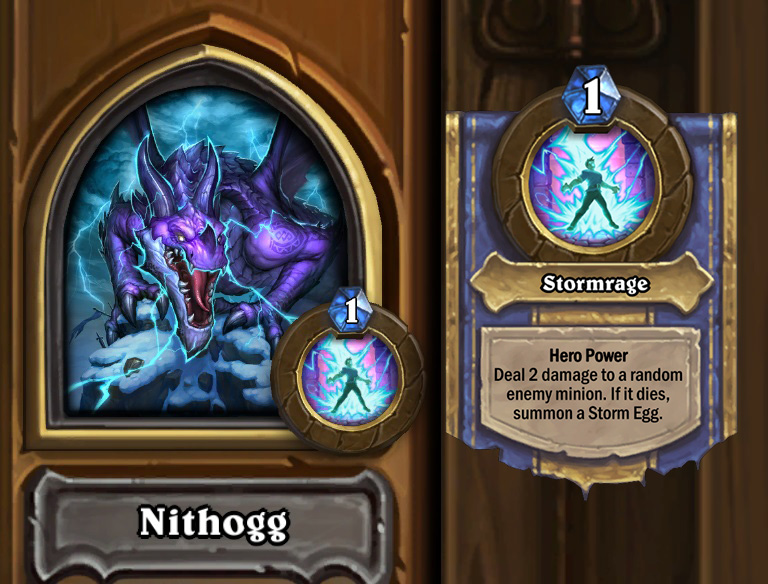 Nithogg’s Hero Power only costs one mana this time around, but a very delayed payoff and the AI’s inability to prioritize it properly makes it a limited threat. (It will also swing at your face with The Fist of Ra-Den. Seriously.) It’s not a particularly challenging encounter: we took it down with a standard Galakrond Rogue build. If this is your choice as well, you might want to try to hold back Flik Skyshiv until Eye of the Storm lands. 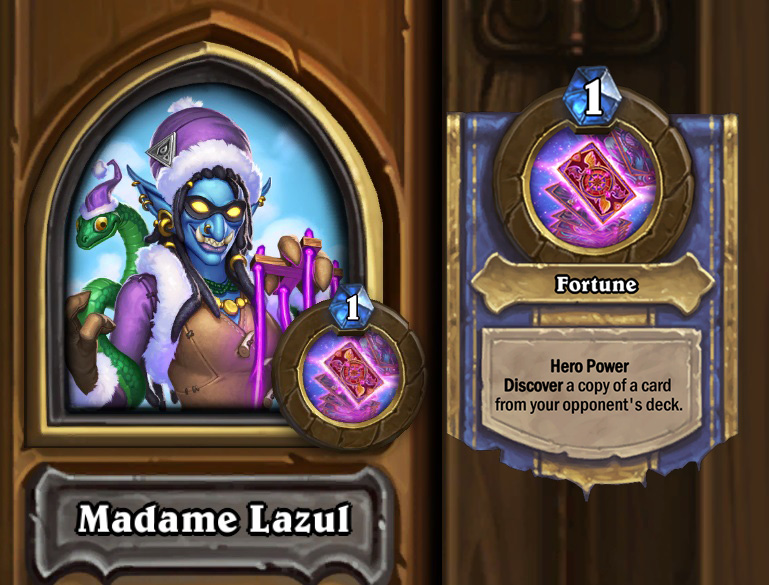 For the first time in Galakrond’s Awakening, you’ll be up against a two-stage encounter, which means you can’t actually go with an OTK setup and take out the 30+30 Health she has to work with. The Hero Power is identical as to the Story Mode version. Once Lazul is taken down, the tentacly monster Shu’ma emerges with a board full of baddies. Unlike in the Story mode, it has four of Eye of Go’rath (the ones that deal two damage at the end of the turn) instead of just two – but it still only has 50 Health to work with. We went with a Wild Murloc Shaman deck in order to maximize resource generation and stickiness – play your cards right and the Underbelly Anglers will ensure you’ll always have a full hand of Murlocs until you can push for a ton of damage. 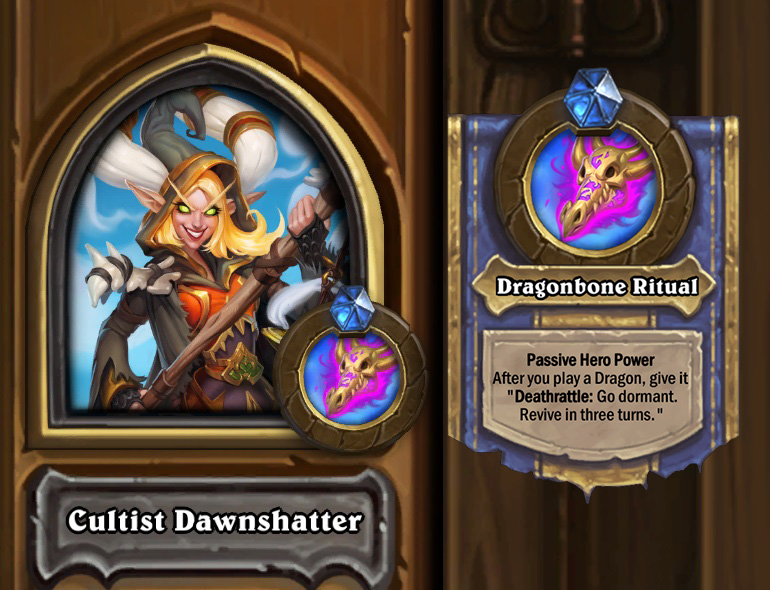 Again, perhaps surprisingly, this boss has the exact same passive Hero Power on Heroic: the dead dragons returning after three turns. Even then, they have summoning sickness, which means you should be able to win by the time the first wave of threats returns from the grave. To combat the plethora of early board single-target removal options available to the boss, we went with a Wild Token Druid build to generate way too many threats to handle. 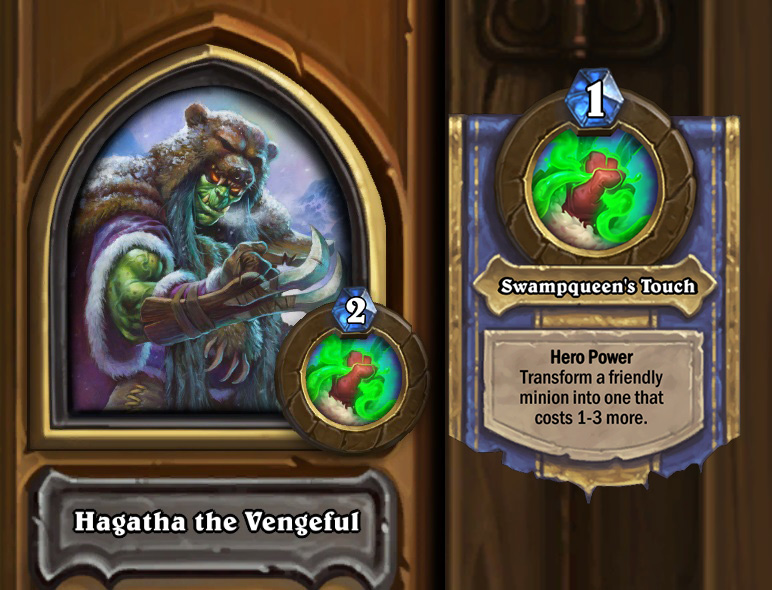 Once again, the only difference seems to be the health total in this encounter, which means your main objective is to take control of the board early on and clear every threat to avoid Evolve-related shenanigans. To ensure this – and an ability to quickly close off the game –, our choice was a Wild Mech Paladin. Buff a Mechwarper and ride your way to victory before the Desert Hares come out to feast!