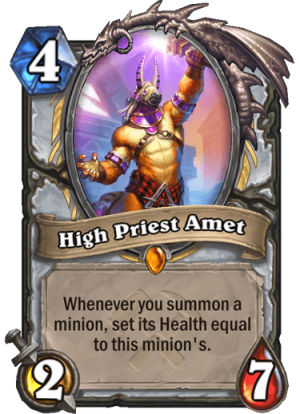 Whenever you summon a minion, set its Health equal to this minion's.