Darkmoon Races mini-set was just released. We’ll give the meta a few days to settle and then do an early tier list update.

Our Hearthstone meta tier list ranks the top decks for Darkmoon Faire meta. We include the best deck list for each archetype, as well as a short description. You can also find links to other popular versions of particular deck archetype.

If you win 5 games on the Hearthstone ladder, this is the card back you will receive this month (Season 82): 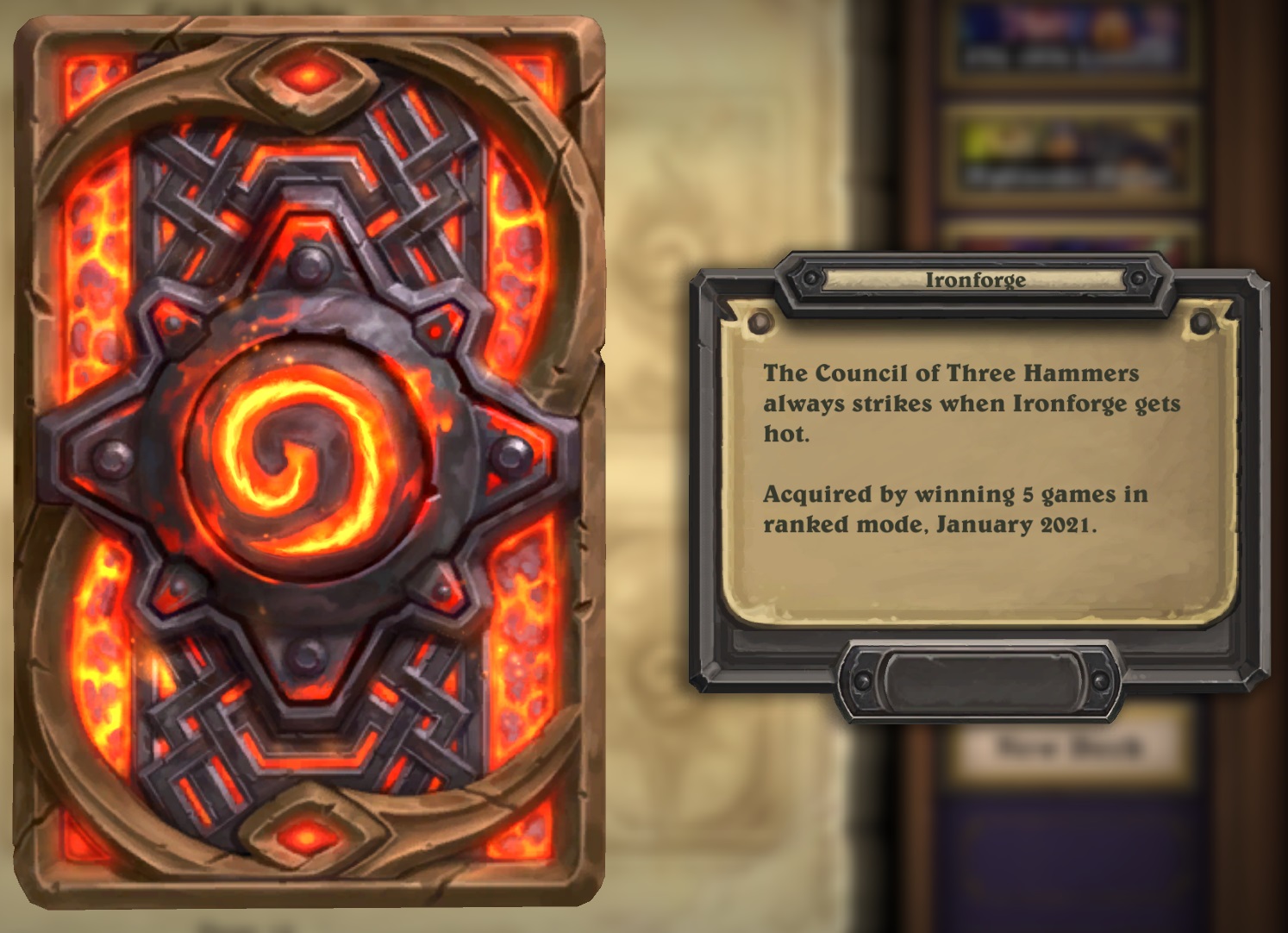 If you are curious what the absolute best decks are right now, here’s a list of them below. This list of deck rankings is based off of various sources including Vicious Syndicate, HSreplay, as well as our own ladder experience. The provided decks are sample lists and aren’t always the only option when building for that particular archetype (for a full list of decks, click the link below description).