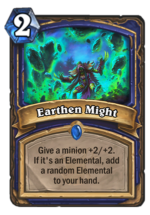 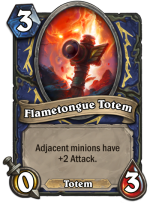 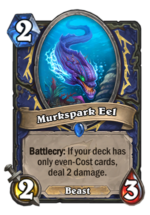 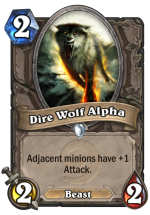 Personal Deck to keep track of cards and modifications from Regular Even Shaman.

October update: Eliminated the Arcane Dynamo and Mossy Horror. Might put the Mossy Horror back if i end up seeing to many druids on the ladder. Added back the Argent Commander to add some consistency to the Corpsetakers and changed one Primalfin Totem for one Fire Plume Phoenix

September Update: Returned to a more board control version, limiting the deck to just 1 Arcane Dynamo Eliminating the overload package (Zap!, Thunderhead and Stormforged Axe) and bringing back the Corpsetaker’s package (Corpsetaker, Vicious Scalehide and Al'Akir the Windlord)