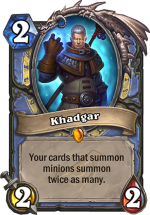 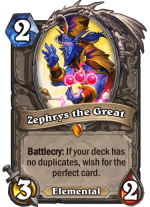 Mage isn’t doing well right now as of late, which is why I’ve finally decided to make my first actual Deck in Saviours of Uldum for Mage, because I want to use her for April 2020, and this is just my preparation for it, Otherwise it’s pretty obvious that I would have brought in ZIlliax in here as well. I know I should have waited for the Next Expansion so I can really get the gist of what I’m truly looking for, for the next Year of the Animal Expansion, but This is just an early prototype that I’ve made does far.

It’s realistically a mixture of Secret, Control, and Big Spell Mage, along with Zephys, and I tried to put in everything that I can to make the deck functional. I’m not a pro at Hearthstone, so there clearly are things that I am missing, but this is what I’ve made so far. When the next expansion comes out, I’ll revisit and edit the deck out.