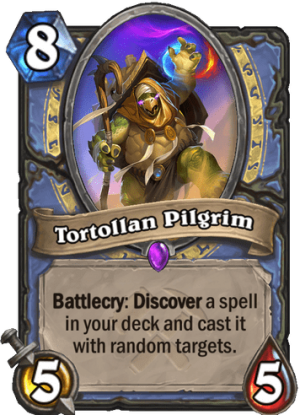 Tortollan Pilgrim is a 8 Mana Cost Epic Mage Minion card from the Saviors of Uldum set!

Battlecry: Discover a a spell in your deck and cast it with random targets.