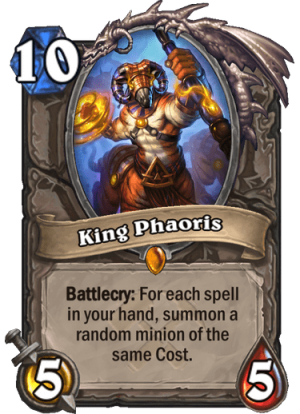 King Phaoris is a 10 Mana Cost Legendary Neutral Minion card from the Saviors of Uldum set!

Battlecry: For each spell in your hand, summon a random minion of the same Cost.

When you're the king of the cats, the whole desert is your litterbox.
Tweet