One of the biggest differences between Tombs of Terror and The Dalaran Heist is that the latter, despite featuring unique characters, followed the regular class spread – we had one character for each class, nine in total. Tombs of Terror is different in a way that we only have four Heroes, but each one of them has two classes. This is important, as it alters the way you draft your decks and play the matches heavily. You have a lot of synergies that you normally wouldn’t think about, one class can fill up for the second’s weaknesses or bolster its strengths etc.

In this guide, we’re going to talk about the second character, which is unlocked in Chapter 2 (Scorching Dunes) – Sir Finley. We’ll give you a general overview of the Hero, and show you all of the potential Hero Powers, Signature Treasures and Starter Decks. 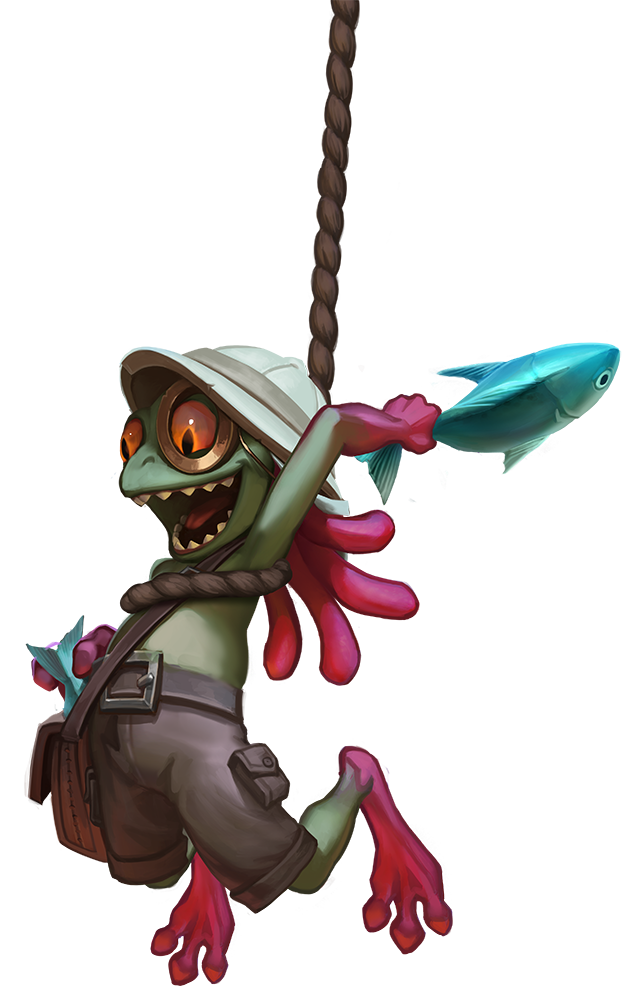 Sir Finley is a part of League of Explorers. He’s a Hearthstone original character and was previously depicted in two cards – Sir Finley Mrrgglton and Sir Finley of the Sands.

When it comes to Tombs of Terror adventure, Finley is a combination of Paladin and Shaman classes. Similarly to Reno, the class combination doesn’t make much sense lore-wise (especially since we’re talking about a Murloc here). But they do make a lot of sense when it comes to in-game mechanics. Both Paladin and Shaman share a few similar strategies. Probably the most common one are tokens – they’re the only two classes which can summon minions with Basic Hero Powers. Because of that, it’s very common that their strategies revolve around those. And it will show throughout your runs as Sir Finley. While we only have a single bucket entirely dedicated to flooding the board, lots of other strategies overlap with tokens anyway. Also, both of those classes rely heavily on minions to perform their strategies. Even in Control decks of those classes, spells are often just a supplement to minions, not vice-versa.

Both classes have lots of spells that can be cast on their own minions to bolster their strength. While it’s mainly Paladin’s domain (they have the most classic buff spell of them all – Blessing of Kings), Shaman’s cards like Ancestral Spirit work in a similar way (they rarely directly buff stats, but rather add some extra effects). Other things those two have in common are being secondary weapon and healing classes, as well as having a bunch of strong Battlecry minions and Battlecry synergies.

What’s very important to note that, very fittingly, both Paladin and Shaman are Murloc classes. They were always THE two classes getting Murloc synergies, and it’s no different here. Not only one of the starting decks revolves around Murlocs, but it’s rather easy to build a synergistic deck of that tribe, with an entire big bucket dedicated to them (plus some synergies sparkled over other buckets).

Other strategies (which often favor one of the classes over the other) include Elementals, Mechs, Overload, Divine Shields or Evolving. 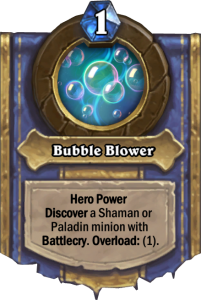 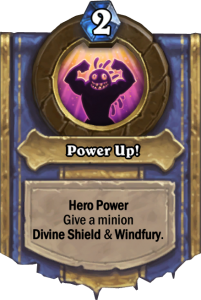 And here’s how you can unlock each one of them: 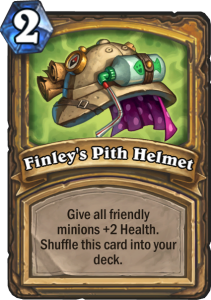 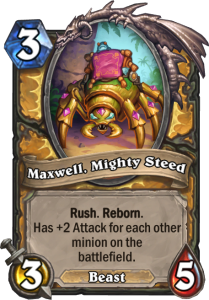 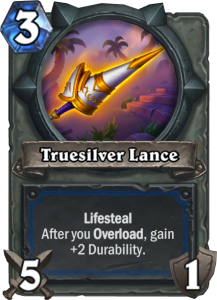 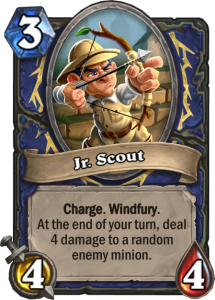 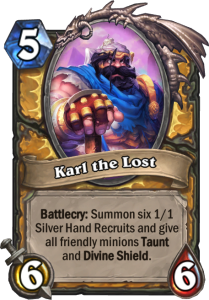 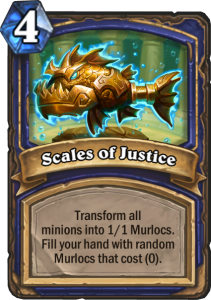 And here’s how you can unlock each one of them:

Of course, those conditions must be met when playing Sir Finley – playing other Heroes unlock their own Signature Treasures. Additionally, if you beat all four Plague Lords with the hero, Jr. Scout upgrades into Sr. Scout: 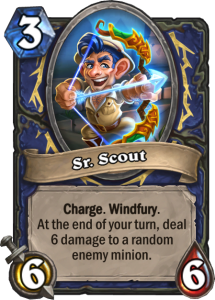 Each Hero has access to three different, pre-made starter decks. While they might differ in the power level slightly, the main difference between them are the synergies they play into. They make a base of your future strategy, so to make a best deck, you should build upon them and pick cards that supplement it. It’s also clear that some Starter Deck + Hero Power combinations were made to supplement each other, but it’s up to you whether you will pick one or try to experiment more. Then, there’s always a fourth option – a random deck. Keep in mind that the deck is not completely random – when you pick it, you get 10 cards that should have a decent curve and some synergies, but you have no way of knowing what those will be before picking it.

Back in Action – Defeat 16 Bosses