Prince Malchezaar is the last boss of The Spire wing in One Night in Karazhan. Malchezaar has taken Medivh captive and it’s your job to free him and save the party! Nazra Wildaxe, an Orc Warrior, is in the first Portal you enter which you’ll need to defeat to get to the next one. Once you defeat Nazra, you’ll find the correct portal and continue with your board, however, Prince Malchezaar will immediately cast Twisting Nether or Shadow Bolt Volley. On the plus side, Medivh equips Atiesh to your hero for free! 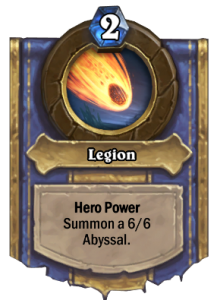 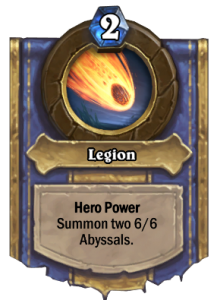 This is the toughest fights of the Heroic battle you’ll face. It’s best to extend the period of the fight with Nazra to get deeper into your mana pool so you will be ready to face Prince Malchezaar. You will need some heavy removal with the ability to stick minions on the board. Paladin is one of the best classes at this with Equality, plus you’ll be able to reduce the Abyssals down to size with cards like Eadric the Pure, Humility, Aldor Peacekeeper, and Keeper of Uldaman.