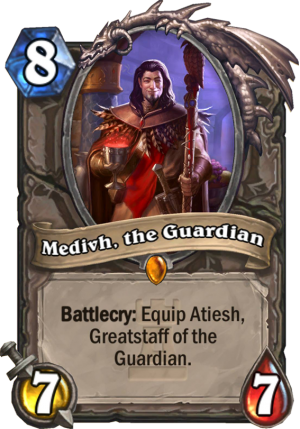 Medivh, the Guardian is a 8 Mana Cost Legendary Neutral Minion card from the One Night in Karazhan set!

If you think the party's great now, just wait 'til he invites the orcs over!
Tweet

Cards Relating to Medivh, the Guardian