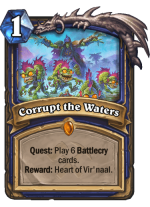 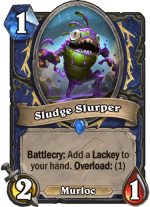 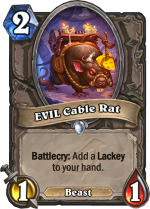 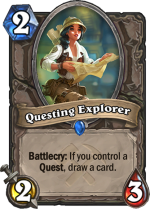 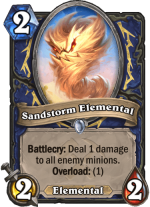 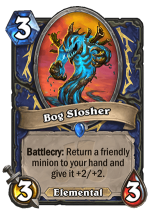 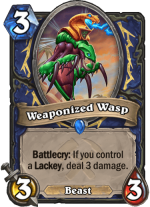 Try and know your match-up: if it's mirror, try and get at much tempo and value as possible. Against the new tempo warrior, your 2-drops might be useless, and so you might want to focus more on turns 3-5.

This Shaman deck got me from rank 9 to 5 on the first day of the August nerfs! I had an 80% winrate, only losing to Highlander Mage, Tempo Warrior, and a mirror.

It is pretty much full tempo, value, and face oriented. Unlike other versions of the deck (many of which I have faced today), there are no control cards (Earthquake, Plague of Murlocs, etc).

Complete the Quest as fast as you can (possible by turn 4 or 5 with a good opener) and get mega value with blog slosher + Lifedrinker/Weaponized Wasp.

A lot of people have also removed Mutate, which I think is a mistake. For one, it works perfectly with Former Champ and Mogu Fleshshaper. But more importantly, it can give you early tempo against Rouges and Tempo Warriors (which seem really popular) by playing it on sub-par minions like Novice Engineer and EVIL Cable Rat.

I think adding in tech cards like Plague of Murlocs is viable if you need them, but this list is pretty tight. The only think I’m missing is Barista Lynchen, who can create massive value.

Let me know what you think!