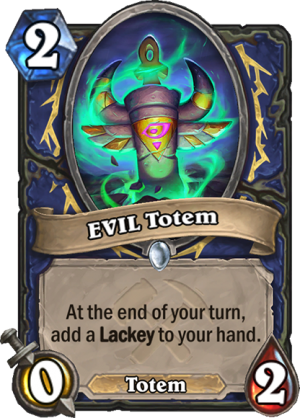 At the end of your turn, add a Lackey to your hand.

A lot of people blame the parents when a totem goes bad.
Tweet