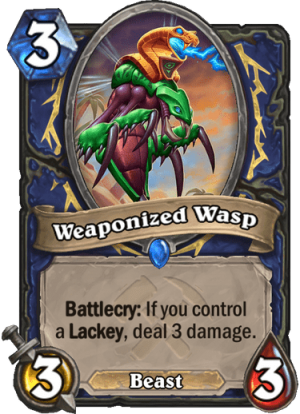 Battlecry: If you control a Lackey, deal 3 damage.

Dr. Boom had one simple request: wasps with flippin' laser beams attached to their heads.
Tweet