Our Quest Druid deck list guide for the Saviors of Uldum expansion features one of the top lists for this archetype. This Druid guide includes Mulligan Strategy, Gameplay Tips, Card Substitutions, and Combos/Synergies!

Quest Druid is a brand new archetype spawned by Saviors of Uldum, one which revolves around holding back in the first few turns of the game and then leveraging the quest’s ultra-powerful reward to make a comeback on the board and overwhelm your opponent. While its gameplan is fairly linear, there are many edge cases to pay attention to that can make you find or drop a few percentage points in your winrate, especially when you make your mulligan decisions. 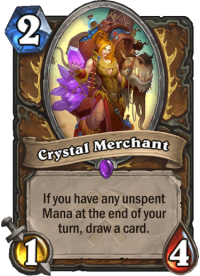 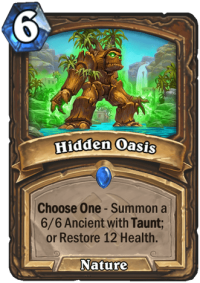 Since you have inevitability against every aggressive deck in the game by pushing them off the board and healing back up with Hidden Oasis, your goal is to leverage your spendable mana every turn as well as possible so that you can clear up the mess on the board in one fell swoop once your quest is complete. (Yes, having the Coin speeds up that process by a whole turn as casting it on turn one makes that turn count towards it as well.)

Questing Explorer and Crystal Merchant are your MVPs here, doubling as card draw and damage reduction tools. In certain edge cases, it could be worth delaying your quest by one turn if a Swipe or a Moonfire fully clears the opponent’s board, but only if you have a proper follow-up that makes the time investment worth it.

Once you’ve received your reward, it’s time to clean house. Play exclusively for board control – with so many buff tools in your deck, you will rarely have to direct minion damage towards your opponent’s face to be able set up lethal the following turn. Since you’ve spent the first few turns taking a beating, you need to make sure you take little to no damage from your opponent’s minions from this point on. Eventually, Hidden Oasis will checkmate them. Note that it’s sometimes a good idea to hold back on Druid of the Scythe just so you can play it as a healthy 4/4 taunt: since almost every minion in this deck has Rush, you can be much more liberal with your spell-based removal than you’d normally be when you’re playing defense. 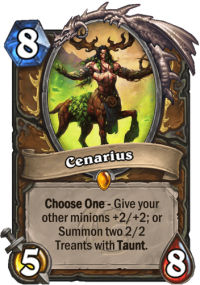 Quest Druid’s playstyle is actually quite analogous with Token Druid’s against slow decks, though the early turns play out very differently. Your goal there is to put up as much minion pressure as possible without risking your early quest completion, so that you can hit the ground running with minion buffs as soon as possible.

Keep in mind that the deck only has Swipe available as reach once the quest is complete (you can’t even ping face with your original hero power in the late game), therefore staying on the board is of paramount importance. However, unlike a Token Druid deck, so many of your minions have Rush that you can actually claw your way back even if you get pushed off at one point during the game. Eventually, Power of the Wild, Tending Tauren and Cenarius will combine one way or another for a quasi-Savage Roar effect to finish off the game.

The real challenge in these matchups is to pace out your threats, always presenting enough to make your opponent commit to removal without overextending yourself. Nourish is an MVP in these matchups, though it’s still too slow to keep in your opening hand as you can’t afford to just pass your way to the quest completion. 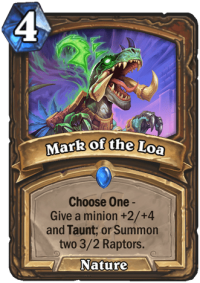 Quest Druid has a surprising number of flex spots: Power of the Wild, Tending Tauren and Cenarius can all be swapped around in some capacity as they fulfill fairly similar roles. If you find that Questing Explorer is too inconsistent, those can be two further slots to swap around.

Depending on how aggressively you want to shore up the Warrior matchup, you can slot in King Phaoris alongside a cheeky The Forest's Aid, and you can also consider Mark of the Loa or Chef Nomi as well – note that these minions synergize extremely well with Flobbidinous Floop as long as you can keep up with the opponent’s resource generation.

On the other end of the spectrum, Ferocious Howl serves as further health gain against aggro, Bloodmage Thalnos as another card draw tool which also increases the consistency of your board clears and Innervate for a more consistent early curve (and faster quest completion).