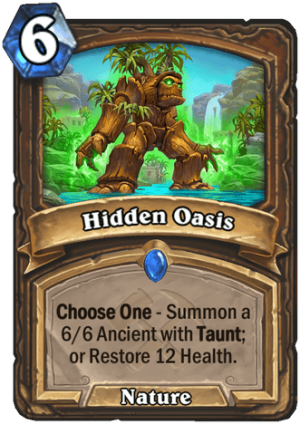 Hidden Oasis is a 6 Mana Cost Rare Druid Spell card from the Saviors of Uldum set!

Choose One - Summon a 6/6 Ancient with Taunt; or Restore 12 Health.

Amazing that it's been hidden, given the twenty-foot treant splashing around in it.
Tweet 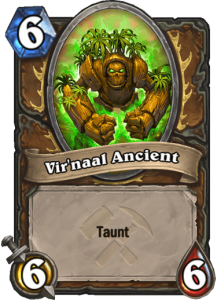